Violet Blue July 11, 2016 0 pieces of BRILLIANCE put forth by a DARING and DELIGHTFUL reader 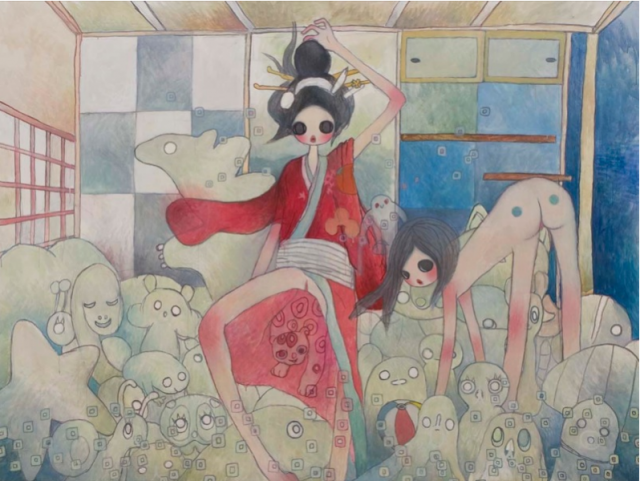 I recently posted a photo of my living room couch on Twitter, against a wall that features a painting I love very much by John John Jesse. Twitter friend Snadgy thought it was a piece by Aya Tokano — which made me realize I’d never featured/appreciated her work on my blog!

So, please introduce yourself to her incredible paintings. There’s a great feature about Tokano in Garage Magazine, which tells us:

Aya Takano bloomed as an artist in the late 1990s, as part of a new wave of Japanese artists who rejected both the formal conventions of Western art, such as one-point ­perspective and classic color theory, and the quietism of classical Japanese images. Their work is based on images of popular culture, particularly manga, anime, and model-making, with the contours of the Japanese art tradition showing through in their compositional forms.

(…) In the years when Takano was maturing as an artist, young girls – or the idea of young girls – ­became a focus of attention in Japan. Young girls were the focal point of visual art, while young female consumers were recognized by manufacturers and retailers as a new and powerful segment of the market. The era of girlie culture would last for the next decade, and eventually yield a generation of child-women. The figures that populate Takano’s world are part of this generation.

While big, lozenge-shaped eyes have become a common feature of post-anime character design, Takano’s continued use of this visual trope has less to do with infantilism and prolonged adolescence than with a certain type of eroticism that is particular to her generation. Her figures do not project insipid naïveté, but comfort with a fully formed sexuality. (… read more: AYA TAKANO – Garage Magazine) 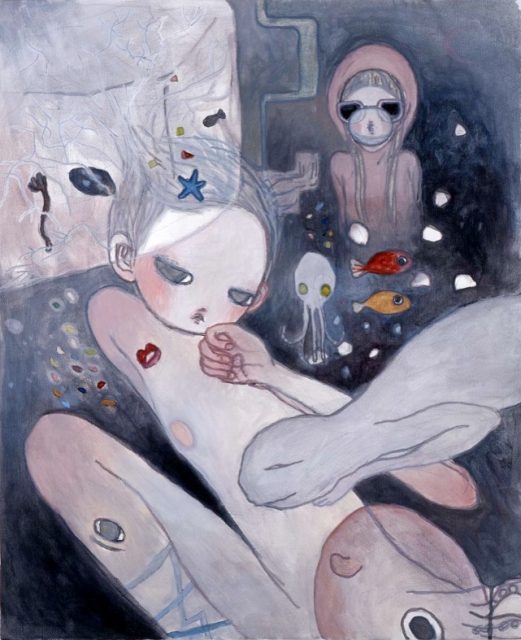 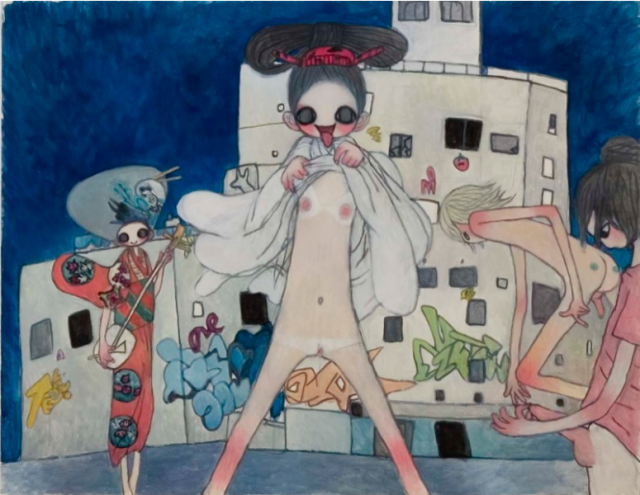 I see that back in 2010, Tokano collaborated with Shu Uemura… and I want it all :) See also: Aya Tokano Documentary, “Queen of Superflat”