Eon McKai Teaches Us How to Set A VCR Clock

Violet Blue August 3, 2010 1 piece of BRILLIANCE put forth by a DARING and DELIGHTFUL reader

Angry and frustrated about the state of sexuality in social networks, last week I dropped everything and flew to LA for some chill time with my close friend Eon McKai (former Vivid director). He showed me this YouTube video he made that explains how to set the time on your VCR. Very awesomely Eon! He explains more about the video here.

Eon’s house is just like being in The Doll Underground, girls and all. It is Los Angeles so I tried to watch Californication with an old Chihuahua (who needed French subtitles) but it really sucked too much. I discovered The Mighty Boosh instead. 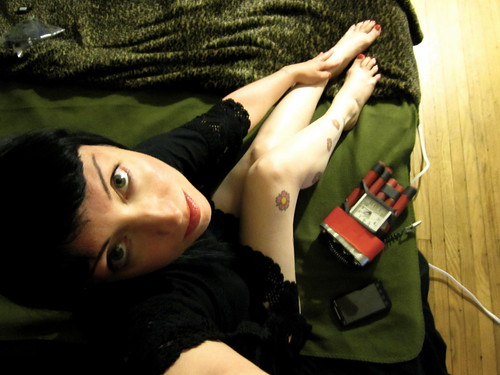 This is a cute picture of me and Eon. So is this.

I also visited Octavio Winkytiki’s studio/compound when he was getting ready to do a pin-up shoot with this hot girl. I loved his movie The Bad Luck Betties. He wanted to do some pinups with me, but I was in “chill mode” so that will be on the next trip for sure. (!!OMG!!) My entire gallery of the Winkytiki compound is here. 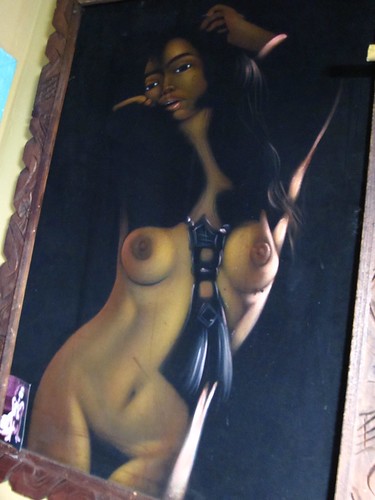 Octavio and Eon both have done very productive things with their totally useful AVN Awards. Eon’s is a bathroom window prop, and Ocativio, being more of a “craft corner” kind of guy, is fashioning his into a mounted ashtray. Brilliant!

I’m back now. I’m not on speaking terms with Facebook, though. They removed an anti-homphobia group, too, apparently with the same malicious false-flagging. Yet. Something has to change in social networks. I know what, and how. Even Psychology Today gets it. If it doesn’t change, I think people will only fall for so many Tribe.net experiences until the model is broken. Sexuality and LGBT rights have become really important to everyone, and while for that I am glad, I am sad that social networks live in the past in this respect. Why are there no legal- sexual- LGBT- media- savvy social media sexuality community managers?

Now go set the clock on your VCR, finally.