It took Fox News and the NEA *this* long to see Thundercrack!?

Violet Blue July 30, 2009 2 pieces of BRILLIANCE put forth by a DARING and DELIGHTFUL reader 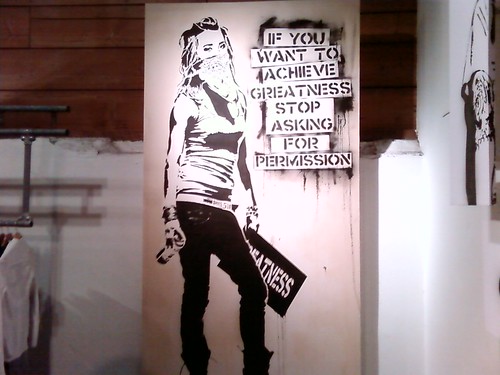 I feel like there are some Public Enemy lyrics to quote here, along the lines of “Here we go again.” Jiz sent me the link earlier but I was in day 3 of reading over 200 pages of erotica on deadline (and somewhere around a 1.5 hour interview with a NYT writer about my past and family) when I got Stimulus Bill Funds Go to Art Houses Showing ‘Pervert’ Revues, Underground Pornography. It’s the NEA circa Helms all over again, no joke — but this time we know the Karen Finley’s and Robert Mappelthorpes and they’re right here in my backyard, on this blog and in our collective lives. They’ve singled out SF’s Perverts Put Out (which Thomas Roche organizes) and CounterPULSE. I’m asked to read at PPO every year. See? Pedestrian. Artsy. But the article’s hysterical quotables are, as the ad goes, priceless…

Talk about a stimulus package.

The National Endowment for the Arts may be spending some of the money it received from the Recovery and Reinvestment Act to fund nude simulated-sex dances, Saturday night “pervert” revues and the airing of pornographic horror films at art houses in San Francisco.

The NEA was given $80 million of the government’s $787 billion economic stimulus bill to spread around to needy artists nationwide, and most of the money is being spent to help preserve jobs in museums, orchestras, theaters and dance troupes that have been hit hard by the recession.

“When you spend so much money in a short amount of time … you’re going to have nonsense like this, and that’s why the stimulus should never have been done in the first place,” said David Williams, vice president for policy at Citizens Against Government Waste. (…read more, foxnews.com)

Further down in the piece they go after the San Francisco lit and arts scene. Gawd, get a life, Joseph Abrams. Oops — I mean, fuck art. No really. Let me show you how.