Violet Blue June 26, 2008 7 pieces of BRILLIANCE put forth by a DARING and DELIGHTFUL reader 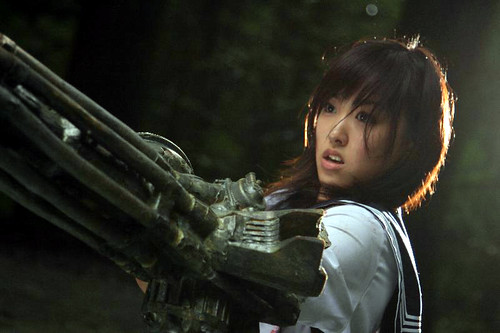 If you dislike horror movies, hate gore and have an aversion to violence (and erotic themes mixed with it), definitely skip this post. However, if like me, you were weened on Creature Features and Fangoria, cope with depression by re-watching Evil Dead 2, loved Planet Terror and get excited by girls kicking ass in Japanese horror, I’ve got two trailers for you embedded after the jump. One is for Machine Girl which was released on DVD June 2, and is the story of a — what else — Japanese schoolgirl whose family was butchered by the Yakuza and had her hand chopped off — only to get it replaced with fittings for a machine gun, and more. The film’s vengeful “drill bra” is below. 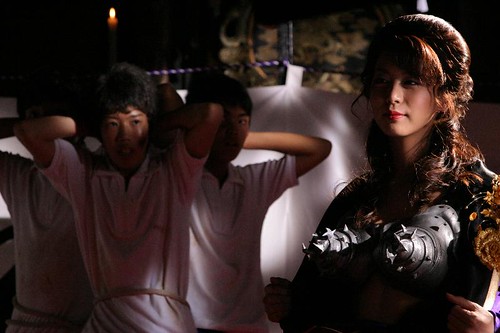 The other eroto-horror mecha gore film is from the very same creative team as Machine Girl, an upcoming film called Tokyo Gore Police. This one’s about a girl cop who is forced to battle off a swarm of hideous, virally infected human-eating mutants, girls fighting with swords in kimonos and fetish outfits, and has a lot of truly creepy sexual and mechanical themes and a lot of fetish: latex, latex, latex a go-go.

To say that these films are over the top is an understatement. There’s tons of action and buckets of blood to the point of ridiculousness.