Violet Blue November 4, 2017 2 pieces of BRILLIANCE put forth by a DARING and DELIGHTFUL reader 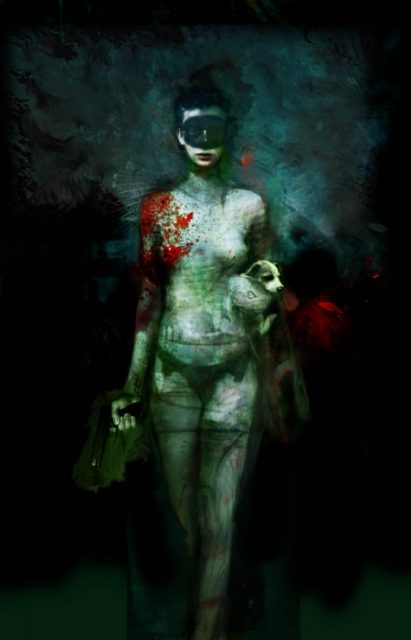 I heard a sharp intake of breath from the man sitting next to me and it was really only then that I consciously realised what was going on, or at least got an idea of what it could be. The strangest thing was that it should have crept me out but for some reason it didn’t and I made a bit of a show of struggling with the zip of the other boot until he offered to help and I accepted it. I still don’t know why. I was tired, I’d had a large drink before I left the building, my mind was in that twilight zone where the standard version of reality becomes less solid and possibilities start slowly swirling around.

And so I said ”Yes, do help if you don’t mind,” knowing now that he more than didn’t mind, and he dropped to his knees on the ground by the bench and carefully unzipped the boot, pulled it off, pulled off the thin cotton sock too and I found myself with him sitting on his heels in front of me, holding my foot in both his hands, his fingers starting to rub gently.

I wondered if it was sensible, again, but those swirling possibilities were doing their job and actually I was enjoying the situation and enjoying getting just a little, fuzzily, turned on by the now obvious sexual tension. I slid my other foot up between his knees so it rested against his crotch and yes, he was hard and made a small stifled groaning sound when I touched him.

Last week I met Lilly for a pre theatre hotel room session. Against convention, we had sex at the start, just 15 minutes into a long evening together. This may sound strange, but after weeks of work/life/travel induced stress and hideous insomnia I had just wanted to get the sex out of the way so I could concentrate on her, free of any performance worries of my own. Much later, after dinner and a beautiful show; after champagne and a relaxed chat with a friend; in fact long after Lilly should have gone home, we had sex again. This time I didn’t need to think about it, or tie myself in knots of self doubt; this time I felt strong, vigorous, confident. I felt forceful even.

I took her. I took her again and again. God, it felt good.

Afterwards we showered and slept alongside each other. In truth, I was mostly awake but was unstressed by my insomnia, content to enjoy her presence and the quiet rhythms of her sleep. As London’s morning light seeped round the curtains, I watched her wake. To have her lean over and kiss me slowly, kiss me gently and softly, both of us smiling with shared memory, was a wonderful, wonderful thing.

So, after what, now I’m being honest with myself, has been a lifetime of being afraid of sex, I’m finally discovering, bit by bit, that I don’t need to be.

And for that I have to thank the considerate, caring, empathetic people that are sex workers.

While there are a number of philosophies that people use in their approach to the lifestyle, most would agree that consent ranks pretty highly. Both people want it. Both people agree to it. The concept of a natural order destroys the value of consent. It doesn’t matter if they should want it, this is the natural order of things. It puts an abusive wife-beater in the same position of dominance as a loving, caring, nurturing dominant.

It implies there is a natural birth right by being born your gender. If you are a man, you should dominate. If you are a woman, you should submit. It flows along with hereditary rule, “divine right,” caste systems, and every other system that failed throughout history because it put people into power without regard for their capacity or skill to rule. It is the same logic that perpetuated race-based slavery and segregation.

* Sexism in D/s (Sentiments from an Enslaved Sissy)

“Oh fuck, I forgot how good you are at that.”

She was wet and delicious, and I ate her pussy until she finally pulled me back to a kiss and shoved a condom into my hand. My fingers replaced my tongue as we rolled over on the bed, and she thrust down against me as my mind slowly shut off. With her help, I got the condom on, and then she was on top of me, and everything else was gone. The drive vanished, college was a distant memory, and my break-up might never as well have happened. Jane’s pussy was the only thing in the world that mattered, and it wasn’t until I was close to coming that I realized there were tears in my eyes.

See, Belle hasn’t been fucked since September 10. I know this because I keep track of such things. We were apart for the better part of several weeks and the last time she let me inside her was way back one month ago today. And while I was unlocked on my trip for more than is customary, I have been continuously locked since 11:00 AM on the 19th of September, three weeks ago today. I’m just not entirely certain Belle can wait that long to feel a hard penis inside her again.

But who knows. Last night I came into the bedroom while she was watching the football and apparently I looked cute to her because she said so and I asked why because I thought I looked kind of schlubby and she said maybe it was Locktober. Like, I was more attractive because I was going to be locked for the whole month. And the number of times she’s had me get her off this month puts it on track for a record in that department.

It was kind of hot.

Okay, it was very hot. Regardless of what the killer looked like, who they were, or how gruesome their crimes, I was drawn to them. I couldn’t explain what it was, but from Howard Epps to Hannibal Lecter, men that I didn’t find inherently attractive were giving me chills. It… didn’t seem right.

I’m into a lot of edgy and taboo shit, sex is about experimentation for me, I love looking for new games to play, but this the the first kink I had that just felt wrong. It felt weird, and scary and Not Okay. These were men who were a genuine threat, who I should have been terrified of and disgusted by, but I wasn’t. And they weren’t even pretty. So what was it drawing me to them?

The first person I told was my high school girlfriend, I texted her on my old flip phone from my grandparents cabin in the woods, our conversation somewhere between sex nerding, sexting, and negotiating. “I have… kind of a serial killer kink.” I said, pacing the living room while I waited for a response.

What does this post have to do with free speech, censorship, and the internet? See last week’s Sex Blog Roundup.