My year of celibacy

Violet Blue February 21, 2017 5 pieces of BRILLIANCE put forth by a DARING and DELIGHTFUL reader 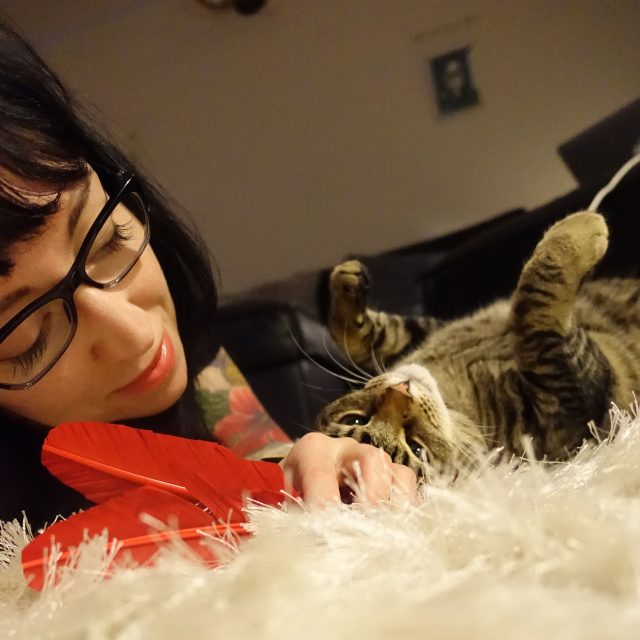 Actually it’s been over a year. My surprisingly long — and apparently ongoing — period of celibacy has been partly by choice, and partly by chance. When my last relationship ended, it was as difficult as you’d expect a major break-up to be. I wanted to take some time to work on myself, my apartment, and find my writing muse again. She took a powder when things got rough, and I don’t blame her. I worried she’d never come back, and even made peace with that at one point, which was worse. I couldn’t imagine being any kind of intimate with anyone until I felt like not writing would kill me again. And the subsequent victory of being able to lay down a few words in sequence that made it okay to die, if I did.

My muse has started to come back. I don’t know if that’s related to sex, but I doubt it: in the past, having sex has often made me want to write more. But who knows? I mean, I’m writing this, but partly as a request from someone who wanted to know what my period of celibacy was all about.

I needed to do some thinking and sex was the furthest thing from my personal sphere; though I still loved porn, and erotica, and curating hot sex posts, and pushing for the literacy of pleasure in the world. I needed to paint my apartment and redecorate my life. I wanted to spend time alone, lots of it. My relationship left me broke, cleaned out, and I can’t get my head above water. Stressful. No money, so I went all-in on self-care. I wanted to stay up all night gaming, or drinking with my best friends, and yes, at that club, City’s haunt. I didn’t want to have my time with my friends tainted by the stress of potentially hooking up with anyone, or by having to deal with the pressure of caring what someone else thought about my desirability.

I wanted to live in my skin in a way I hadn’t felt safe to do, ever.

I got tattoos. I went to the gym, a lot. It felt great. It still does.

After about eight months passed, I started to wonder what was going on with me. I liked being alone and owning my own space, and I didn’t miss cuddling. I also happened to luck into being adopted by an extremely cuddly and attentive Bengal kitten. I wasn’t feeling attracted to anyone enough to want to get in their pants, let alone open mine up for inspection. I wondered on many occasions and discussed with friends that maybe I was a shade asexual. Which, as you’d imagine from someone who’s spent most of her life around and educating about sexuality, gender, and orientation, seemed like a normal thing should that be the case. I wasn’t worried. I was just cruising through my life being happy when flirting was just flirting, with no pressure for anything else.

I found that when I told people I’m single and not dating, and that I’m going on a year and a half of not having sex (for no real reason), their reactions would vary widely. Most friends are supportive, of course. Some friends who are attracted to me have expressed that attraction, and are respectful when I say I’m not interested in anyone right now, really. Some men have been idiotic, ignoring my “I’m not interested in anyone right now” and only seeing the fact that I’m single as their green light to … behave in ways that make me avoid them. Some friends have similarly bypassed my expression of happy singleness and not sexing to respond by saying, “You’ll find someone. Don’t worry.”

Except I’m the opposite of worried. I’m not missing anything, not in the way I have in the past where I’d sometimes find myself needing someone to have sex with. I mean, I’m sure I’m missing out on experiencing fantasies I hope to enjoy someday, but it’s not bothering me. I’ve met people in the meantime of all this that I’d like to have sex with sometime, twice probably just to be sure, but I’m in zero hurry.

You know, we all read those articles about the supposed benefits or detriments of celibacy. Like, “It clears your head.” “It makes your orgasms stronger.” Or, “it makes you pent up,” as if it could make you emotionally unstable. I think that happens if you’re already emotionally unstable. My orgasms are the same, only different in the way that solo is so very different from shared. Which also happens to be pretty rad, because during this time both Tantus and Lovehoney unknowingly sent me sex toys that kept things interesting.

Others say celibacy can give you a sense of empowerment and control, but that would have to be true for people whose lives already feel out of control and disempowered. Others hate and resent going through what I’ve wandered into, feeling trapped into a gender-adversarial dichotomy where women are “lucky” and men are stuck in a minefield. Some people write about how celibacy makes them really happy, but also parenthesize that happiness with the belief that hedonistic sex or one-night stands are empty and unfulfilling. I don’t believe that; I’ve been plenty fulfilled and stoked after one-nighters, happy too if they don’t stay the night. Everyone has different reasons, I just know that it’s a cycle, and this too shall change.

I don’t know what it has been about, but I think it’s coming to an end soon. I haven’t met anyone or anything like that. There’s no reason. I’m just starting to notice attractive people again. And I’m in no — zero — hurry.

Although, my celibacy has contributed to one thing that may affect my partner choices for a while. I’ve watched a lot of TV in the meantime. So if I happen to meet, say, any of the primary cast of Black Sails or The Magicians, all bets are off.