You Are Here: Home → 2013 → June → Pandora Blake Dreams of Spanking – not anti-BDSM foolishness

Violet Blue June 17, 2013 0 pieces of BRILLIANCE put forth by a DARING and DELIGHTFUL reader 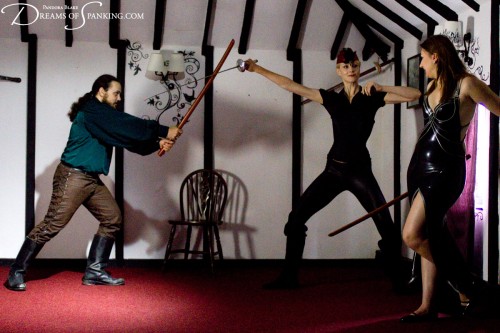 I wanted to give Pandora Blake Dreams of Spanking a little love this week. Ms. Blake is in a predicament thanks to an adult website payment processor that can’t be bothered to update its definitions of both modern pornography and consensual sex. Adult payment processor CCBill told the female pornographer (and performer) that her website was now un-approved because it, upon a review triggered by her own update of records, runs afoul of CCBill’s content guidelines.

Wow, you’re thinking. Those must be some *extreme* spankings.

Er, no. They are sexy, playful, entirely consensual, fair-trade, highly creative, kinky, focused on the female experience, frequently male submissive, sometimes about deep personal journeys, they are about a 3 on the scale of zero to Kink.com, and – importantly – they are wholly nerdy spankings. 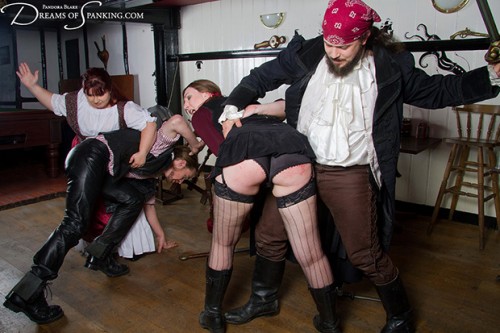 However, CCBill told her that things need to change if her little indie pornsite would still qualify for payment processing. Along with telling her the word “consent” needs to be removed from all pages on the site:

Short version: they said I needed to remove all the age play scenes, all the sword-fighting scenes, all scenes showing red/purple marks, and any use of the word “force”. This amounted to a lot of content. Never mind that none of this was picked up on in their review last week, and their requirements are repeatedly arbitrary and inconsistent. Never mind that it means taking content offline that members have already paid for [via CCBill]. It all needed to go.

(…) Ludwig and Kaelah’s severe caning scene “The Final Test”. The majority of this caning was deemed too physically severe – despite the fact that the film was an exercise in representing positive, consensual severity, with a sensitive storyline focused on the empowerment of Kaelah’s character, and two extended behind the scenes documentaries including interviews with Kaelah and showing the way the scene was filmed. I was given the option of hacking the film up to remove most of the cane strokes and deleting over half of the screengrabs, but I have no desire to mutilate a film into which Kaelah poured so much energy and creativity. It’s been deleted from Dreams of Spanking in its entirety.

The two scenes which included a sword fight or duel as part of the set-up for the spanking scene both needed similarly gutting. Any images or video sequences in which a sword was pointed directly at a model were forbidden. Even though in our comedic nautical romp ‘The Pirates of the Jolly Kraken’, the swords in question were rubber LARP swords.

Likewise the wooden bokken in ‘The Avenger’s Return’, and Amelia’s fencing foil with its capped end. They both counted. It all had to go. (…read more, with photos, darker-dreams.com)

We can all tell that Pandora Dreams is not harmful – in fact, with its stress on consent and safety, it is a shining example of positive adult sexual fantasy depictions.

So why can’t CCBill?

Updated to include this eloquent response to the wisdom of CCBill representatives: