Violet Blue June 29, 2012 3 pieces of BRILLIANCE put forth by a DARING and DELIGHTFUL reader

Above is the just-released video that Kanye West made for supermodel Aja Rubik’s pet project 25 Magazine. When I saw the announcement about Rubik’s magazine a while back, I was both excited (because, as you know, I post a lot of porn/couture hybrids) and frustrated (because the project had a whiff of pretention and the website was basically a dead-end for visitors). Which is all why I didn’t post anything about it previously; there was no “there” there.

West’s video was made for Rubik, who’s a longtime pal of West, and it’s his contribution to the magazine. Now that content is beginning to be on offer for the magazine, I regret to say that the mag’s website is a continual dead-end for content, and I advise you not to visit the site unless your fetish is feeling like you just got a no-release hand job from an anorexic stripper named JavaScript. 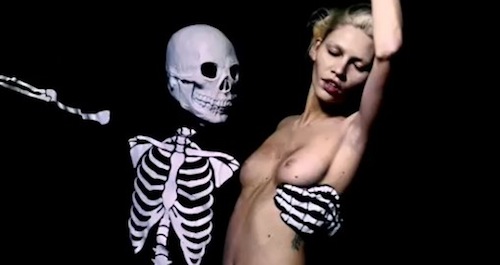