Violet Blue May 31, 2012 4 pieces of BRILLIANCE put forth by a DARING and DELIGHTFUL reader 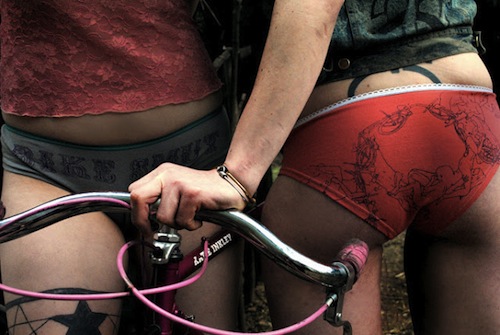 Bike Smut also has a small shop, where one can purchase bike smut themed panties.

The only way to see Bike Smut is when it plays in a theater, bike shop or basement for a live audience. There are no DVDs for sale and no screeners for the media.

It’s through Bike Smut that I found this Kickstarter for a fun bikesexuality project: BikeSexuality: True tales of bicycling and desire. How fun – I’d like to see that one come to actualization.