Violet Blue June 9, 2011 4 pieces of BRILLIANCE put forth by a DARING and DELIGHTFUL reader 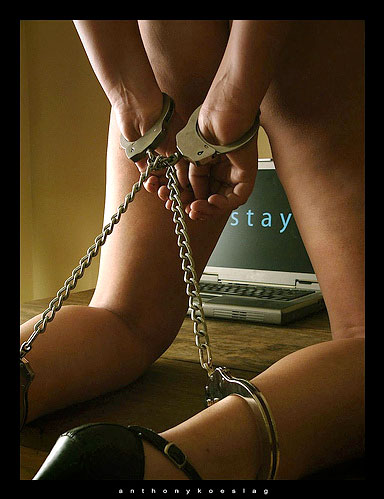 Story breaks May 28 that US Rep. Weiner pressed the wrong buttons sending dick pics. Like all n00bs (especially politicians), he cries “hacked” and the whole fucking two hundred million women online that get nonconsensual dick pics from guys with .gov and @microsoft addresses every day and everyone that remembers The Craigslist Experiment roll our eyes all at once so hard that the sun actually fucking explodes.

The whole time, I’m being hit up my major media of all kinds as to whether I have comment on it. Sorry for not responding. All I could say at any point was that it’s only all blown out of proportion because of the angle. It’s Grindr SOP (standard operating procedure). And that straight dudes have a LOT to learn about dick pic play from their gay counterparts.

And dude: only trolls and stalkers still think the internet isn’t real life.

So look: we’ll never know why certain guys can’t be honest about what they need with sex and relationships. But since every single outlet wants me to go live and talk about “Weinergate” and whether ‘sexting’ is cheating, I’ll instead tell you what I think – and what a sex-positive, LGBTQ-positive psychotherapist thinks about it, too. Because that’s the world we live in – and while it’s funny to watch the n00bs flounder in our world with their dicks out (literally) it also really fucking hurts to think about what his wife is going through.

So, it’s still eye-rollingly fine to send me your dick pics. I promise not to send them to rotten.com anymore. But if you do it behind someone’s back, without their consent, or if you do it to someone openly considered my sexual and emotional property without my express consent – may the gods help shield you from my wrath. (Spoiler: they won’t.)

From my email exchange with Dr. Kolmes, republished with permission:

Dr. Kolmes: This is a great question. We are dealing with the intersection of fantasy and the mingling of psyches. I would say that whether or not it is “real” sex depends upon how the interaction is experienced by the participants. It may even feel “real” for one person in the encounter, and not for the other person with whom they are having cybersex! On the other hand, you may have two people having cybersex where neither of them considers it “real,” despite arousal, a feeling of intimacy, and even mutual orgasm–and yet their real-life partners may beg to differ. It depends upon your definitions of sex and whether sharing or co-creating fantasies (or building arousal) is in and of itself a real enough sexual experience for you. But it’s fascinating that two people can be having an experience and one person may compartmentalize it in a way that feels “not real,” while the other person is feeling much more integrated about it.

VB: If someone is in a relationship and they have cybersexual exchanges, are they cheating?

Dr. Kolmes: Again, I really think this depends upon what the person and their partner(s) thinks. In our current climate, with all of these possibilities, if partners are at a point in which they are negotiating monogamy and outside sexual experiences, they also may need to consider working the topic of cybersex into these negotiations. It is a real potential source of conflict since one partner may define it as real while the other may think of it as pure fantasy. But these kinds of different conceptions of the same sexual acts are not new for poly couples who may have very different feelings about various sensual, emotional, or sexual activities (i.e, the relative intimacy of kissing vs. more genital-specific touching vs. BDSM play, etc.). However, I think it can become dangerous for partners to focus on the conversation on who is “right.”. A more productive focus might be understanding one another’s perspectives on the significance of the interactions and coming to understandings about what kinds of online exchanges are acceptable and how much information people need or want to have about it.

Some people may draw the line at cybersex with known people, saying that this would feel like too much of a violation, and that it’s only
okay if their partner plays with (presumed) strangers. Others may feel better having clear rules about sharing the logs of the activity. Some may want to watch or supervise. Some may prefer that the cybersex be around particular acts that are less appealing to them (forms of
fantasy play, perhaps, that the partner may not enjoy as much). Others may feel more comfortable if their partner has cybersex with some
other identity (gender role switching or avatar or whatever).

Dr. Kolmes: Again, this gets to definitions of sex and whether it’s the act of touching, in the same room that makes something real. I think it also gets to what feels intimate to someone….is it being naked? Being touched? Having someone see/hear/feel your orgasm? Or having someone know what really gets you off? Is it having sex as yourself (since some people use cybersex to play with other roles/identities)?

But what is also different about “infidelity” (I don’t like using that term since it presumes that cybersex *is* cheating) or “intimacy,” online is that it also doesn’t have to take place in real time. People can exchange intimate stories over days/weeks/months. Or have a sexual exchange over IM. They can be sitting at their desks in plain view having these intimate exchanges. They can be multitasking and on the
phones with their bosses or spouses while this is occurring. They can check in and out or come back later and finish an exchange or leave in the middle of it without being “rude.” These interactions can be troubling to some because they can be so immediate and yet so invisible.

VB: How does someone know (or determine) that they’ve crossed a line with cybersex and infidelity? then what do they do?

Dr. Kolmes: Signs that you may be crossing a line would include things like feeling guilty about it or feeling the need to keep it a secret. Or if you find that you’re using cybersex as a safe way to express specific fantasies with someone else that you are afraid to share with your relationship partner(s). If you find yourself complaining about your relationship to the person you’re engaging in cybersex with or using it in some other way to devalue your relationship, this would also be a sign that you are crossing significant boundaries. If you find ourself canceling out on face-to-face dates with your partner or others in your life in order to have cybersex, that *could* be a bad sign.

I think it’s important that people understand the role that the cybersex/cyber-relationship is playing in their life. What exactly is it satisfying? Is it a way to explore a specific fantasy? Does it feel like a creative writing endeavor? Is it developing a relationship that feels exciting? Is it seeking out a kind of emotional intimacy? I’m interested in seeing the people I work with feeling integrated, whole, and happy about their choices. If someone is not feeling these things, it may be a clue that it would be good to find someone to talk to who can help them sort out what part of it is feeling wrong. If it is hard to unravel what feels wrong, or to understand what part of the encounters is especially compelling, talking to an individual therapist may help to uncover and express some of those deeper needs.

VB: Bonus question: if someone’s avatar has sex with another avatar in a game, is it cheating? Is it even sex?

Dr. Kolmes: Putting aside all humorous first responses, I’d be awfully curious if someone uses the idea of the avatar in order to experience it as “not me,” and, if so, why that works for them. This would be really interesting information in part of understanding how they conceive of it. But otherwise, all other comments above apply.

For further reading, see my article as Special to the San Francisco Chronicle, Is Cybersex Cheating? Photo by the amazing Anthony Koeslag.