Thomas Roche May 22, 2011 13 pieces of BRILLIANCE put forth by a DARING and DELIGHTFUL reader 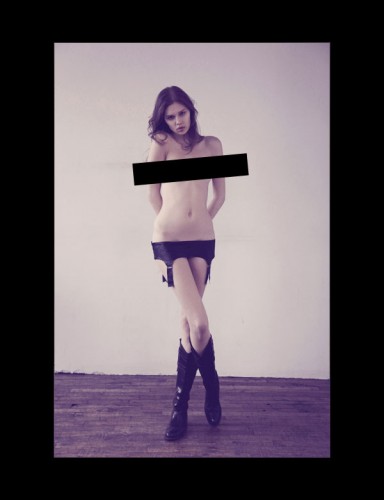 UPDATE: See the note at the bottom about porn’s legal status in Australia.

But none of that is news. What troubles me most about Dines in this Herald article is her use of the term “normal,” which is, to my way of thinking about sex education, absolutely the most dangerous term there is. Dines uses it, here, to completely disregard any flavor of female desire that doesn’t exactly match what I presume must be her own.

But Dines is far more dangerous than that, because after decades teaching women’s studies, she doesn’t seem to have learned the explosive danger of the term “normal.”

In doing this, Dines turns her journey into one of Tragedy Tourism, in which she assigns the reader, non-consensually, the status of tourist. Her statement is not addressed to those people for whom “such an act” does not “normally” have “connection, empathy, tenderness, caring, affection” associated with it. Any sex that is not built on such emotions, in Dines’ view, is “abnormal.”

And when, in the Sydney Morning Herald article, she enlists the reader in her campaign by asserting that “we” “normally” associate particular “feelings and emotions” with “such an act,” it flies in the face of Dines’ own assertion in another of her recently internet-famous hate-fests, the “Slutwalk” article in the Guardian, in which she said that women should not be fighting for the right to call themselves a slut (or be a slut, whatever that means) without getting raped.

Instead, claimed Dines and Wendy J. Murphy in the Guardian, women should be fighting “for liberation from culturally imposed myths about their sexuality that encourage gendered violence,” which in her view is something different than the right of women to choose what they wear and still be safe from bodily violence.

To Dines, “culturally imposed myths about their sexuality” means specifically the myth that women like sex, or, to meeet Dines and Murphy much more than halfway, the myth that women like the kind of sex specifically portrayed in pornography, since the sum total of Dines’ and Murphy’s “case studies” in the Guardian article are that they hear from women who feel  pressured for sex. “They have been told over and over that in order to be valued in such a culture, they must look and act like sluts, while not being labeled slut because the label has dire consequences including being blamed for rape, depression, anxiety, eating disorders, and self-mutilation.”

But who’s doing the blaming here? Dines and Murphy are the ones who just blamed sluts for eating disorders and self-mutilation! I’m slut-positive — and, just speaking for myself, I blame eating disorders and self-mutilation on a sick, diseased Patriarchal society, dysfunctional mental health and health insurance systems, rampant soulless Capitalism, sex-phobic family interactions, sex-silencing religious structures, a culture that teaches girls they are less than boys…need I go on?

In addition, specific women who feel pressured by specific men to have sex also have my compassion — and no, I’m not being sarcastic. Being pressured by anyone for anything is uncomfortable; it’s far more uncomfortable when one is socialized, as a female, to be a people-pleaser, and to define one’s self vis-a-vis the attention of men. It’s still more uncomfortable if, having self-confidence undermined by a society that teaches girls they’re less than boys, and that girls who fuck are even less than that, you’re then told by a boy or a man with ulterior motives that your accession to him performing sex acts on you is something you’re expected to dole out in return for his precious kindness in wasting his time on you, or giving you a ride home, or buying you a drink, or getting you in to this killer party. That kind of brain-teasing mental manipulation sucks, and if anyone out there thinks sexually active women in the U.S. don’t endure a hell of a lot of double messages, they’re not paying attention.

And those men who specifically pressure or manipulate specific women in the interest of “getting” sex from them — those guys are assholes, utter assholes. If you don’t regard women as humans, you shouldn’t be sleeping with them.

I would assert that one of the most dominant and pervasive myths about female sexuality is the idea that women don’t like sex. Its close corollaries are “good girls don’t like sex” and “normal women don’t like sex,” and “women don’t like abnormal sex.” Whether that is one of the chief myths that creates gendered violence, I don’t know, but it’s certainly true that what follows close on that myth’s heels is the idea that, by liking sex, by liking “abnormal” sex, or by liking “normal” sex but liking it an “abnormal” amount, women abdicate their right to physical sanctity. For a women’s studies professor, Dines sure seems to blame the victim a lot. Is this woman friends with Camile Paglia?

Or, to see it another way, women abdicate their right to physical sanctity for liking sex without it being the kind of sex that “normal” women like. Women place themselves in jeopardy, says Dines, by being “sluts,” which to Dines means that their sex is not about, or not just about, “connection, empathy, tenderness, caring, affection.” That is to say, the crime of sluts is by liking sex without letting Gail Dines decide what kind of sex they have.

In Dines’ view, Women who choose to be “sluts,” especially proud sluts, are partly responsible for rape — not just their own, but all rape.

Because they like sex differently than Dines’ so-called “normal” women, “sluts” undermine their right not only to their own physical sanctity, but the sanctity of all women, in Dines’ view. That sounds like a pretty narrow definition of “normal,” and one that Dines has single-handedly decided on.

See, when you’re trying to fuel a moral panic about bath salts, that’s one thing; most people who read an article won’t hit the street to score some bath salts at the local Circle-K, then go home and snort a few lines to see if this dangerous drug is really as dangerous as Doctor Oz says.

See, I’ve been doing a lot of reading lately about what actually constitutes a “just society.” In fact, these were the last seven truly incredible books I read on different societies. They’re about Saudi Arabia, Zimbabwe, Iran, the cocaine trade in Colombia, the diamond trade in Sierra Leone and the genocide of the Zaghawa people in the Darfur region of western Sudan. Think those regions are unconnected to Gail Dines? Think again. She’s the one who decided she knows what constitutes a “just society.” I, personally, haven’t got the foggiest. But if she wants to talk about what an unjust society looks like…there, I think I’m getting to be an expert.

There, in Saudi Arabia and Iran and the similarly Sharia-governed Sudan, women’s safety doesn’t hinge on whether they dress like “sluts.” It hinges on whether the religious police decide to go after them, for phenomenally arbitrary and impractical reasons that shift not just with the tides of society, but with the brain farts of the religious police, their male relatives, thugs with powerful connections, and random judges potentially of a different religious sect than the victim.

In their randomness, the excuses used to brutally enforce female subjugation in places like Iran, Saudi Arabia and Sudan, and to punish those women perceived to have transgressed, can be compared to the reasons that “victim-blamers” often ascribe to a woman’s victimization in the United States. In Saudi Arabia, one might hear “She allowed a man not her immediate relative to be given a fully-clothed photograph of her; clearly she deserved to be raped.” In Western culture, you might hear an accusation about short skirts, push-up bras, walking alone after dark, sending too many texts or showing nipples on your Facebook page.

In more acutely-disintegrating countries like Zimbabwe, Sierra Leone, the Darfur region specifically and to a lesser extent Colombia in the ’80s, First World “commodity capitalism” has created a realm where developing countries are turned into slaughterhouses because of the First World’s decision to support unstable and dictatorial regimes that give private enterprise more favorable terms, allowing the West to exploit resources (platinum, and soon diamonds in Zimbabwe, diamonds in Sierra Leone, emeralds and cocaine in Colombia) rather than creating genuine democracy.

Empowered by a First World press that has repeatedly and willfully abdicated its responsibilities when it comes to the rights of women in the non-Western world — especially poor women — Gail Dines gets to kick back in the comfort of a tenured position at a university.

Using hysteria to promote her book, Dines gets to a build an apocalypse of men who, by her assertion, will display the “sickness” of finding their minds wandering during sex.

Her bourgeois, privileged, simple-minded value system reduces feminism to whether men look their girlfriends in the eye when they fuck them.

I can’t help but wonder what other restrictions a Gail Dines Utopia would offer us?

Reader Robbie Swan further clarifies, and adds an interesting context to Dines’ showing up in an Australian paper:

The Australian Law Reform Commission is currently undertaking the first review of Australia’s Classification Act since it was introduced in 1995. The government has been forced to this position because the Classification Act is completely broken and large quantities of adult material is being sold unclassified. The police are not interested in prosecution because many of them like to watch porn and magistrates are over big fines for selling it in the states because many of them watch it as well. We could be about to see an outbreak of common sense and public opinion on censorship for the first time in years. So the fight back is on. Its no coincidence that Dines’ is here at the moment.