Violet Blue August 9, 2010 0 pieces of BRILLIANCE put forth by a DARING and DELIGHTFUL reader 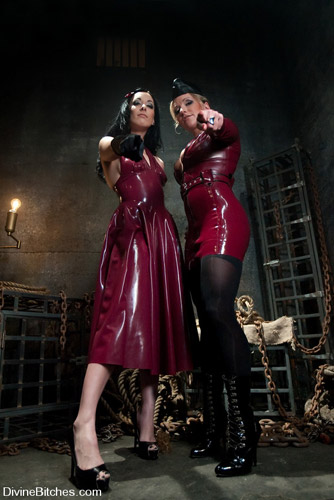 This is something of special note: Tuesday: Blog Talk Radio’s Social Media Hour will have an unusual guest on for their regular Tuesday show. Kink.com‘s new VP of Technology and Operations, Stacia Carr (@noisegirl, @KinkTech), is going to be on for a special episode where we get to see a tech- and social media-focused outlet feature a hardboiled woman in tech who also happens to be kicking ass and taking names with innovation at Kink, but also an episode that will explore LGBT issues in tech/soc media in light of the recent Prop 8 ruling.

The current tech and social media culture is one I can describe as not only generally frat boyish and one that typically relegates women into roles of fuckable/not fuckable “social media strategists” or nauseating PR chicks who do indeed screw their way (or the companies they represent) onto the front pages of tech blogs — but it’s also starting to look like one of the most homophobic and LGBT ignorant spheres I manage to travel through (and lately they need some safer-sex awareness activism as well, ugh). It’s like the real geek girls are invisible now. I headline at the big tech conferences, and I also go on things like Oprah — and lemme tell ya, O is a sex-positive, forward-thinking bastion of equal rights compared to events like Le Web. It’s like the ugly side of Mad Men many late nights in high-end hotel lobbies. It’s more than difficult for geek girls to succeed and innovate in this atmosphere, and I worry it’s not getting any better as social media becomes increasingly meaningless. Add stalkers and trolls to the mix and the unwillingless of ‘community’ sites to get tough on users who harass female community members, and no wonder there are so few women in tech. It just makes those of us who are sex-positive, and in it, that much more determined to change the space.

Seriously: I think this is an important episode, and I’ve been seeing the changes at Kink that this woman has brought in first-hand. And Carr’s a girl geek! A real one! Tune in this Tuesday, August 10 (PST) or listen in later to check it out. Cathy Brooks is hosting, and she’s an amazing woman, as well as an innovator and thought leader. Highly recommended.