Violet Blue June 15, 2014 0 pieces of BRILLIANCE put forth by a DARING and DELIGHTFUL reader

Indie sex toy company Orgasmatronics knows that sex toys from the future, sent from a mad scientist’s lab, are the best sex toys. It has a tagline we can all admire: the company’s call for “Less pants, more science” is likely to win many of you over before you even find out what they make. As it turns out, they make toys that look like a hell of a lot of fun, and solve a few use-case quandaries that have befallen sex toy users for a very long time. Orgasmatronics makes the X1 Orgasmatron Pleasure System and the Hackoff. They get extra whipped cream for dessert for their clever CLI-TARDIS T-shirt (“A tee for Doctor Who fans and sex nerds.”). 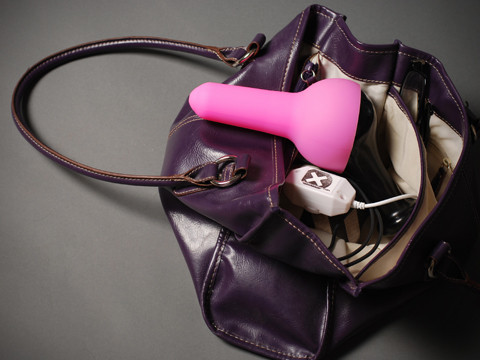 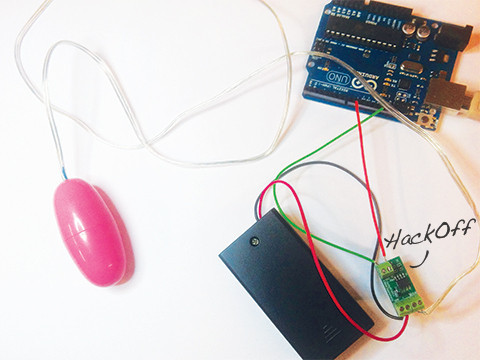 Their co-founder Alexandra Ars recently wrote an article for Kinkly, where she talked about her own sexual awakening when she had her first orgasm at the age of 23, after shedding the sex-negative values of her conservative upbringing.

… Any discussion of sex centered on its sinfulness outside of marriage. I indulged in books like “I Kissed Dating Goodbye,” in which I was encouraged to court instead of date, saving even kissing for marriage. In my quest to live up to my community’s ideals, I locked my sexuality away in a dark corner of my mind. But suppressed urges refuse to remain masked forever. At 23 years old, I finally began letting go of my prudish past and got to know my body.

She clearly loves her job:

I love that there are as many paths to orgasm as there are people, and that there are so many fun sex toys to bring along for the ride. And I love that my job allows me the opportunity to educate other women about their bodies and the joy of sex toys. I also hope I can save them some of the anxiety and frustration I experienced early in life. 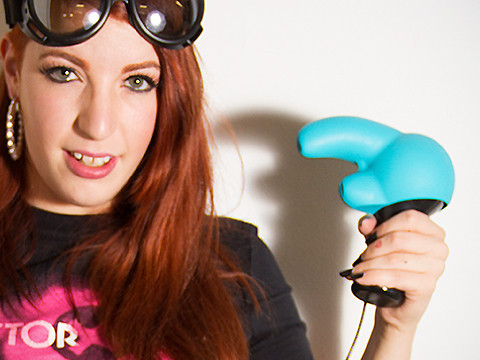