You Are Here: Home → 2010 → April → Craigslist: Opinions are like assholes; everybody’s got one

Violet Blue April 30, 2010 3 pieces of BRILLIANCE put forth by a DARING and DELIGHTFUL reader 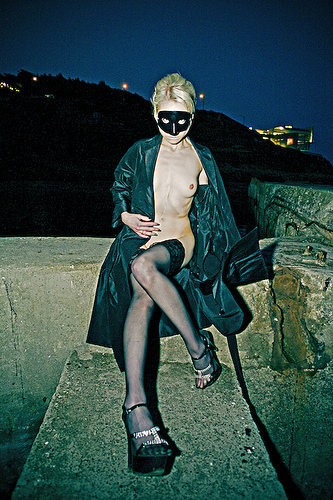 This past week, Craigslist has been under fire once again for its Adult Services section, with people getting all kinds of stiffies reporting about the money they’ve been making since they implemented new policies, where that money goes, and generally listening to Connecticut’s attorney general Richard Blumenthal about how he thinks the company is immoral, irresponsible and possibly criminal. Not that anyone would play up sensationalism to sell online ink.

The news last Sunday of Craigslist’s financial success (estimates, anyway) brought the Connecticut attorney general out of the woodwork to stir up the sex trafficking hysteria and landed him in the NYT.

Funny story: “two years ago, based on no legal basis whatsoever, the same guy used his soapbox (along with some other attorneys general) to get Craigslist to changing its policies on “adult” advertisements.” He’s the reason they made money. Wouldn’t that fact have added just a *little* kick to the NYT article’s slant?

Now, a group is campaigning on Twitter to have Craigslist’s personal ads shut down, echoing Blumenthal’s hysteria from the same NYT Sunday piece.

Craigslist just posted a salvo on their own blog that packs a punch. Someone sane really needs to be reporting on this. Here’s a snip from Shutting down CL personals (note the original title in the URL:

There is a “campaign” on twitter currently demanding that all of craigslist personals be shut down.

If you follow links supplied by the twitterers echoing this demand, you’ll find a couple of themes:

1. They recognize that “declassifying” adult services ads would simply push them back into the personals categories, therefore you need to eliminate all personals.

This twitter campaign echos reasoning we have previously heard from Attorneys General, one of whom also essentially demanded that all of craigslist personals be shut down.

As reported in Wired, craigslist personals are the most used personals site in the US, dwarfing the total combined usage of match.com and eharmony.com and yahoo personals. CL personals are highly valued by craigslist users (and by the general public) who use them to find friendship, love, romance, companionship, entertainment, and yes, “casual encounters.”

Everyone is entitled to their opinion, and we embrace all criticism as useful in improving our approach. But cynical misuse of a cause as important as human trafficking as a pretense for imposing one’s own flavor of religious morality (”casual sex is evil”) strikes me as wrong on so many levels. (…more, blog.craigslist.org)