Violet Blue October 22, 2009 0 pieces of BRILLIANCE put forth by a DARING and DELIGHTFUL reader 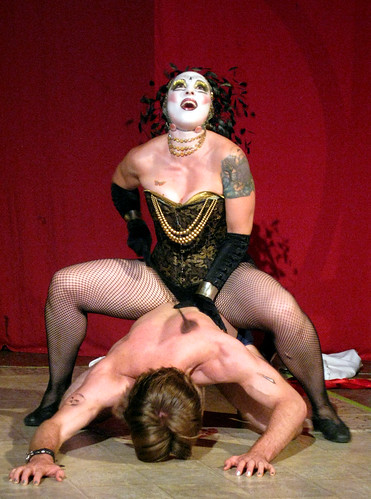 In this week’s Chron column, I did a full, glowing writeup of the incredible spectacle that is seeing a show by The Thrillpeddlers. I’m actually not a big theater fan, though I can’t recommend this experience highly enough — especially if you’re visiting from out of town. You’ll remember I did a quick multimedia post after seeing Pearls Over Shanghai (post photos are from Pearls), but their horror-sex-gore-splatstick Shocktoberfest 2009: The Torture Garden is in full swing for a limited time only, and I covered that and so much more in this week’s piece. And Michael Soldier: please gay marry me and put me out of my misery. Here’s a snip from A Shockingly Filthy Good Time- Violet Blue: Shocktoberfest 2009, The Thrillpeddlers, and The Cockettes Unholy Onstage Union:

So far, every gorgeously, garishly melodramatic show San Francisco’s Thrillpeddlers has produced makes typical theater look like child’s play. Not the horror movie “Child’s Play,” yet not unlike the horror movie with the Thrillpeddlers’ dark humor, taste for violent storylines, extravagant costumes and makeup, occasional gore and frequent sex. Top it off with San Francisco style plus outstanding talent, suddenly Beach Blanket Babylon resembles Aunt Helga’s most mothbally old, tired wig. Anything else is simply for tourists.

How else would you throw a 40th birthday bash for a twisted troupe like The Cockettes? The Thrillpeddlers polish the “Pearls.”

Performed by The Cockettes, I knew that “Pearls Over Shanghai” would be unforgettable, and lo, I cannot scrub my brain clean of the debauchery, nor can I get Michael Soldier’s fabulous turn as a murderous, singing (and well-hung) pimp out of my head. Not that I ever want to.

The Cockettes are more than just part of drag history’s great fabric. Anyone remember “Journey to the Center of Uranus?” (…read more, sfgate.com)

I’m especially happy that my following passage made it through the censors this week. Yes, they still attempt to censoring me. Last week I was told I couldn’t use the word “douchebag” because it was “hate speech.” (I referred in my article to the man in the Cupcakes for Life video as a douchebag, and thus in editing I agreed very ironically to let them change “douchebag” to “gentleman”.) I joked they should tell Massengil. And maybe the commenters… uh, yeah. which brings me to this other snip from my column:

More shocking images from “Pearls” (which runs through November 22) are after the jump. 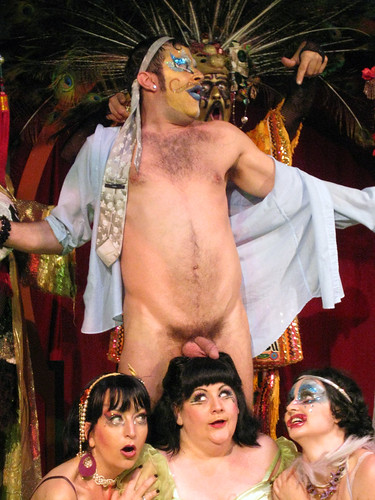 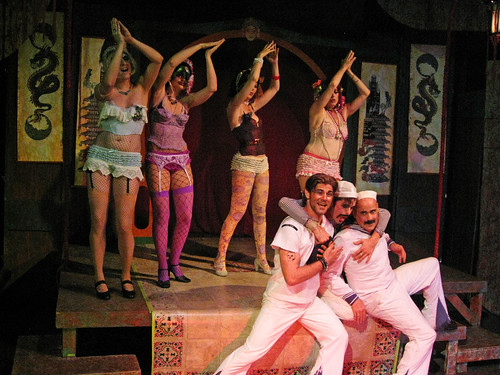