Violet Blue August 29, 2009 3 pieces of BRILLIANCE put forth by a DARING and DELIGHTFUL reader 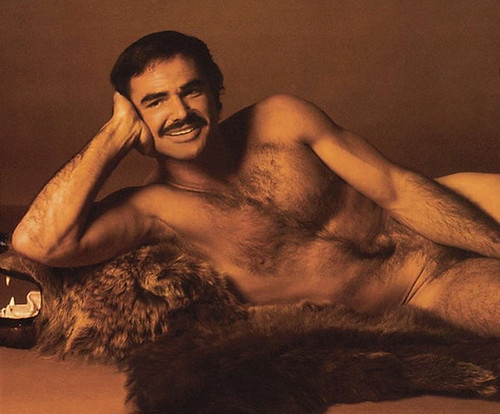 Image of Burt Reynolds via Reeves-fan.

I was thrilled to hear about last night’s local event the National Cougar Ball, which took place in Palo Alto — I really wanted to go. But only women over 40 were allowed, and even if I tried to sneak in as press it was sold out by the time I found out about it. Damn! I begged the universe for a secret agent to attend and bring back a report with pictures or video — I’m fascinated by cougar hawks. Luckily, my friend Beth Spotswood went (but if anyone out there went and has tales to tell, please contact me).

While asking Twitter for help cougar spotting — and a “GO COUGARS!” mascot t-shirt of any kind — snorklewacker responded with a species I did not know existed: The Manther. To wit:

Noun. Origin: the male form of a “cougar”, man + panther= manther. An older man who frequents bars, lounges and clubs, never a genuine gentleman, ranging from ten to fifty years older than his victim. Usually carries an unusually fat wallet, wears too much cologne, and dresses younger than his age. May over-frequent the tanning beds and gym, have trendy/dyed facial hair such as a soul patch or goatee, may use the terms “baby”, “sugar tits”, or other female defamation when trying to pursue his prey. If balding, may never take off his ball cap in order to hide his aging hairline. Manthers always seem to evade the question of their age, previous or current marriages, children, and most things regarding their past (unless it has to do with thier old frat/college football days). Manthers prey on their younger victims in order to gain popularity amongst their fellow mathers, as well as for a sexual high. Some manthers are extremely good looking, stylish and somewhat gentlemanly. Others are old, drunk dirt balls with a lot of money and a feeling of self-entitlement. (link)