You Are Here: Home → 2009 → April → Stereotypes and assumptions: Sexual orientation

Violet Blue April 20, 2009 18 pieces of BRILLIANCE put forth by a DARING and DELIGHTFUL reader 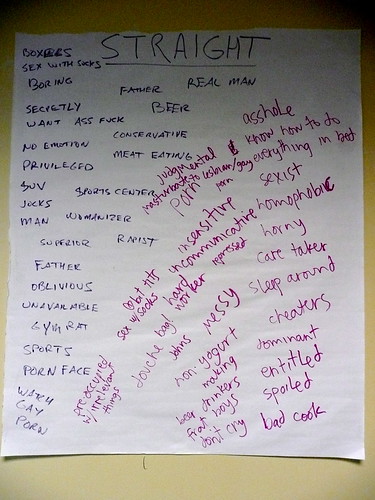 This is generating a lot of extremely interesting discussion on my Flickr photo stream, so I thought you might like to check it out. Last weekend I participated in a sex ed training exercise about stereotypes and assumptions regarding sexual orientation. Remember, sexual orientation isn’t a choice — like, if you’re straight did you choose to be straight? Anyway, as I wrote in my stream, this was an exercise where a fairly big group yelled out assumptions and cultural perceptions and stereotypes about different sexual orientations. In a way, it was oddly like brand/label brainstorming. And then we discussed the results across the gender and orientation gaps, which were really interesting. For instance, I noticed that for ‘straight male’ the term “father” came out of the group, whereas it didn’t when we were on ‘gay male’. I also noticed that bisexuality is viewed negatively across the board in many ways, and while female bisexuality appears to be such a given perception and still isn’t considered orientation (i.e. ‘she’s straight but experimenting’ or ‘she’s *really* a lesbian’), bisexual men are invisible and practically regarded as a myth. They’re a sexual minority within a sexual minority.

Talk about thought provoking cultural perceptions. The different handwriting/ink colors are because there were two people trying to write as fast as possible, and I noticed that when really negative things were stated, lighter more humorous things came out (like “92.7”, a local gay dance radio station). There are more after the jump, and if you click on the images you can get to larger versions that are easier to read. 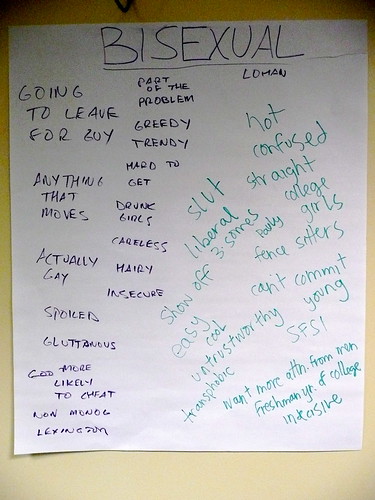 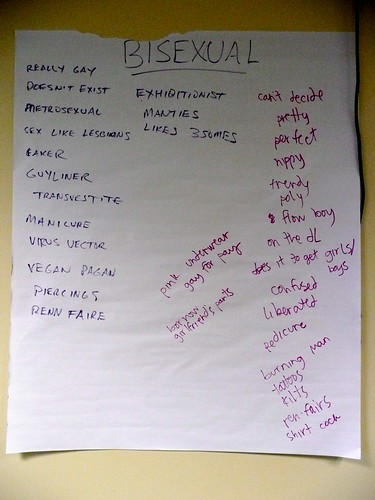 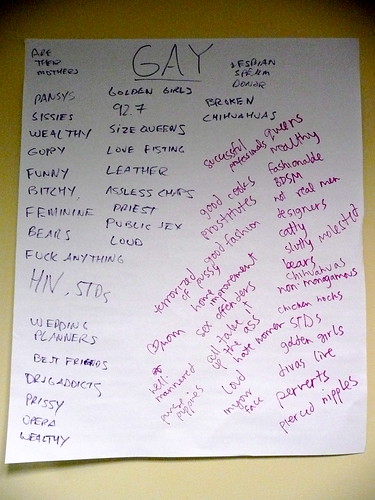 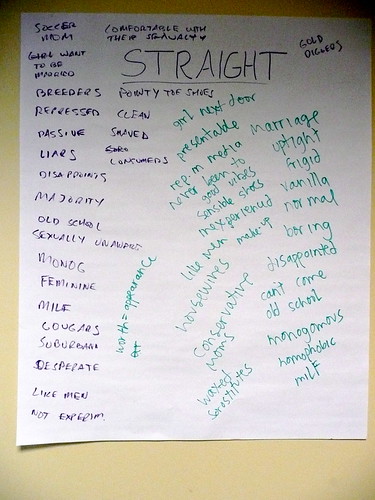 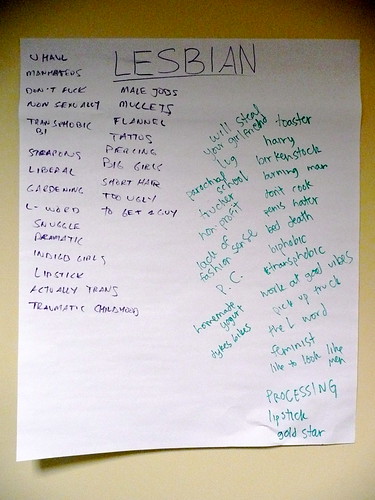