You Are Here: Home → 2011 → February → Why That Slate Article Pissed You Off (And Why You Should Be Livid)

Violet Blue February 26, 2011 29 pieces of BRILLIANCE put forth by a DARING and DELIGHTFUL reader 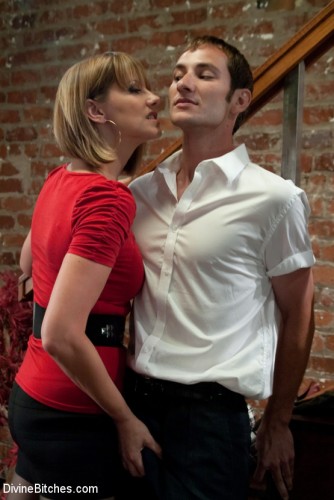 Yesterday a lady friend tweeted that she’d just read this Slate article, and while she normally loves Slate the article really offended her but she couldn’t quite put her finger on why. I responded with an answer, and then… I started getting emails, messages and comments from women I didn’t know, all about the same article. One woman* man wrote, “I thought I would send it along in hopes you could help me figure out exactly why it pisses me off so much.”

The article is Sex is cheap: Why young men have the upper hand in bed, even when they’re failing in life by Mark Regnerus (Slate Magazine).

I’ll tell you why you’ve got that nagging anger somewhere in the pit of your stomach. But it will only make you angrier.

In short, Regnerus is policing gender roles by way of slut shaming. The article is based on the belief that a woman’s true value is in the goal of marriage, by behaving like “the marrying kind” of girl – from the 1950s. (All references to female sexual relationships are defined as “pre-marital” as in, if you are not married then surely you are going to be and are just waiting, absent reality of non-marital or post-marital states of being.) It’s a pretty narrow definition by which to view female sexuality and female sexual power, and so outdated that it is, in fact, inaccurate.

In “Sex Is Cheap” Regnerus begins by bemoaning “the end of men” as posited in this Atlantic article, which talks about a forthcoming Western-industrialized-nation power and culture shift from men to women based on data showing women are set to outnumber men in the workplace, especially in educated roles and positions of power. More chicks graduating college than doods. Regnerus closes his first graf reassuring readers that men are still hold power over women in one area: “premarital heterosexual relationships.”

To hold Regnerus’s shakily masculine hand and let him lead us down his garden path requires that we buy the assumptions in that last sentence. It’s worth it to get to the second graf where the flowers are especially noxious, but understand that last line to really see where you’re being told to go in your head. Nevermind the need to reassure about male power in straight relationships. She is either about to be married, or married. If she is not, she is…. Well, he’s not in power. That’s in the next graf, which is only as far as we need to go.

Step over the steaming pile of what Regnerus says about ‘what young men want’: I’m guessing he is not one of them. Get to the line about ladies:

Regnerus is measuring female power in heterosexual relationships. If women were in power:

* more impressive wooing efforts
Regnerus is not impressed. Men would be trying harder. You’re not worth it.

* longer relationships
Regnerus prefers LTRs. Being single devalues you. Having a man validates you. Why can’t you keep a man?

* fewer premarital sexual partners
Regnerus does not approve of you banging the football team before your man finally makes a real woman out of you. If you were a powerful woman, your sexual behavior would reflect your vigilance against tarnishing your impurity. Women should be exchanging sex for commitment. This line is actually the most revealing, as it holds all the judgement about women having sexual agency as they define it for themselves. He’s got it 100% backwards here. Basically, you should be saving yourself for marriage.

* shorter cohabitations
Regnerus wants you to hurry up and get married. What’s taking you so long, slut?

* more marrying going on
Regnerus is not amused by unmarried hos. Women: take back the night and get married!

If you’re like me, you read the first two paragraphs of Sex Is Cheap and thought, Yes, I’d like to put a ring on it. The kind attached to a ball gag.

Take the idea of women’s power, value and worth being equated to being “the marrying kind” and what is the argument, exactly?

After this silent but deadly fart of virulently heteronormative values, Regnerus explains in detail that women are sexual gatekeepers for men. Do not want. And when we do decide to give it up, we don’t seem to want anything – or enough – in return. The whores are not charging enough. The reasons for this insanity according to Regnerus is, hilariously, “high-speed digital pornography” and THE PILL. I admire that Regnerus stopped just short of saying abortion.

Did your grandpa write this, Slate? The one who sometimes mentioned he hated fags? This dude wrote “Premarital Sex In America” – nice job giving him a platform with which to sell his damaging viewpoints, and products.

Sex Is Cheap asks the question, why is sex cheap? Its answer is that it is because women make sex cheap by having sexual agency (sexual freedom and power), the “oversupply” of women in colleges, and that women who have sex outside of marriage are not making men pay a high enough price for it.

This whole thing is like backwards day. For women to have power (over men) in Regnerus’ world, we seem to need to be doing the very things that have kept us powerless all this time. It’s also Regnerus elaborate explanation that men don’t have the problem: it’s actually her fault. Essentially, it’s fairly sophisticated show of slut shaming for girls who act too much like men sexually. All to shore up the fragile masculinity of guys who really wish the sex and gender roles of Mad Men season one would come back – in a creepy, gross way.

* I made a mistake and cited the gender of the email sender I quoted as female, when they are in fact male – I guessed incorrectly based on name of sender and identified gender majority of those who reached out to me on the Slate article. Correction in place and apology sent. I see in the comments here and on social media channels he was not the only man deeply offended by the gender policing in Slate’s article. Now, only if we cold get Slate and Regnerus to correct *their* misrepresentations…