You Are Here: Home → 2010 → May → The Jillian Lauren “Some Girls” exclusive: The sex lives of harem girls

The Jillian Lauren “Some Girls” exclusive: The sex lives of harem girls

Violet Blue May 16, 2010 2 pieces of BRILLIANCE put forth by a DARING and DELIGHTFUL reader 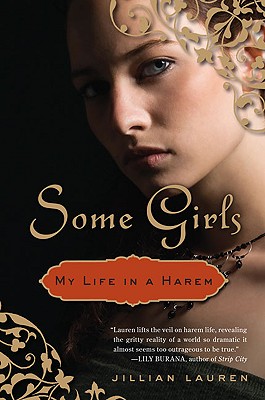 When someone tells you that one of their best friends was in a harem, you might have reacted like I did: disbelief. I was out with a longtime pal for lunch last month, and she casually mentioned that, hey, one of her bestest friends was in a harem and she had a book coming out and thought of me, and I might want to check it out. I almost inhaled my tea. A harem, harem, I asked? Like, 1001 Filthy Arabian Nights kind of harem? Yes, my friend told me, probably edging away from me a bit because we were in a public place. She continued that it was for real: her friend was this gorgeous former sex worker who had really lived the life of ultra-high-priced escorting. It was private jets and shopping sprees in Dubai kind of sex work. And she had a tell-all book coming out soon about the whole thing.

A few days later I got an email from Jillian Lauren, asking if I wanted an early copy of Some Girls: My Life In A Harem. After reading it, I wanted to read it again. I loved it. It was also fascinating to get an insider view on East Asian oil wealth and politics.

In short order after her book came out, Jillian was on The View and then the New York Times bestseller list. Right when she hit the NYT list I interviewed Jillian Lauren for SF Appeal, an exclusive interview timed with her San Francisco appearances last week. I missed both of her readings and felt like an ass (however a houseguest from Paris and the invite-only dinner for The International Women’s Media Foundation could not be missed). Jillian is still on tour, so don’t miss her if you get a chance.

But even with the SF Appeal interview I still had a few questions that the book didn’t answer. What was harem sex really like?

Without getting too rude, I asked Jillian Lauren. And she told me — and dropped in explicit details that she’d left out of the SF Appeal interview (read it and see).

Violet Blue: Your descriptions of the harem girls make them sound not just beautiful and sexy, but in instances like seeing them watch “Henry and June” with limbs intertwined, it sounds like ‘some girls’ were also intimate. Do harem girls have sexual relationships with each other? If so, what is the context?

Jillian Lauren: In the harem, there were different living situations for the girls from Southeast Asia and the American girls, so I can’t say for sure but I’m almost positive that some of the “best friends” were actually girlfriends. Two girls in particular were rumored to always be called to the Prince’s office together. Understand that this office had the most extravagant bedroom I’ve ever seen. Larry Flynt would have blushed at this bedroom! As for the American girls, I don’t believe any of the girls were having a sexual relationship, but we definitely got drunk and did strip teases or danced around in our underwear, that kind of thing.

Violet Blue: * What was different about the sex you had as a harem girl as opposed to everyday American-girl sex? Anything?

Violet Blue: * Did you have any sexual experiences that you would describe as unusual, decadent, or outrageous?

Jillian Lauren: The most unusual sexual experience was unusual not because of the sex but because of the circumstances. It happened when I accompanied the Prince on a business trip to Malaysia. A guard came to my hotel room in the middle of the day and told me to dress in an evening gown. Then he took me up to the roof. I was afraid he was going to throw me off, but that’s not what happened. I was taken in a helicopter to another building, in which I met the Sultan [of Brunei] for a little afternoon tea party. By which I mean that the Sultan asked me (after tea, of course) to do a little dance and take my clothes off and perform oral sex. At the time, the Sultan of Brunei was the wealthiest man in the world. His face was on the money I used to buy a lipstick the one time they let us out of the compound to go to the mall. So it was quite surreal.