Violet Blue December 30, 2016 0 pieces of BRILLIANCE put forth by a DARING and DELIGHTFUL reader 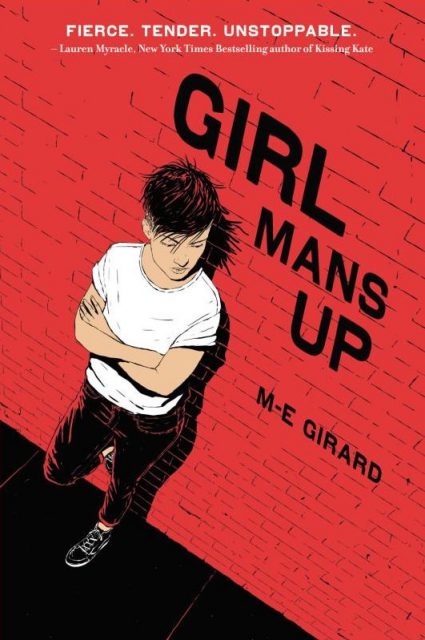 Some great sex books have come out this year. In fact, some very important books have come out, more relevant to what we’re going through than ever, and some of them happen to be about sex. Books that titillate, inform, inspire, and take you away — like any good book should. Below you’ll find my picks for the best sex books of 2016. Special thanks to Cecilia Tan for helping me compile this list.

My handpicked selections here follow strict standards. All fiction must have explicit, realistic sex within rich storylines that are framed by excellent storytelling, as well as complex and compelling characters. Sex acts can range from sweetly romantic to thoughtfully quick and dirty. All nonfiction must be accurate, nonjudgemental, and sex-positive, preferring an all-gender, all-orientation approach.

I hope that through Kink Your Kindle you discover new authors you grow to love. And please consider supporting this site on Patreon.

Girl Mans Up ($7.99) M-E Girard
“Girl Mans Up is currently the most satisfying read of the year for me. I was happy with the depiction of Pen, a girl who doesn’t really feel like a girl, but doesn’t want to be a boy either. She digs girls, but doesn’t feel comfortable with the labels gay, lesbian, or queer. The thing about Pen is that she isn’t interested in putting other peoples’ questions about her gender or sexual preference to rest. She just wants to be allowed to be herself, without being treated like she’s a freak. … At the heart of it, this book is about acceptance: Acceptance of one self and of others, even if the only acceptance you can give others means accepting that they are toxic.”
Review: M-E Girard’s Novel “Girl Mans Up” Powerfully Explores Minefields of Gender (Autostraddle)

The Heart of Dominance: a guide to practicing consensual dominance ($9.95) Anton Fulmen
“THIS is what you should be reading to learn how to be a dominant, not 50 Shades. … Rather than being yet another book on how to flog or basic body position protocol, this book goes into the heart and soul of how to build a HEALTHY D/s interaction. It is written for dominants, but I think it’s a really good book for submissives to read as well- it can really highlight what is a good, positive, respectful D/s relationship, and what should really be a red flag. Or 20. It is the opposite of a “one twoo way” type of book, but it also makes a lot of really good points about insecure, narcissistic behavior that one sometimes sees in dominants who are arrogantly projecting what they fear they are not, rather than confidently allowing themselves to be the person they know they are, because they have proven it to themselves.” 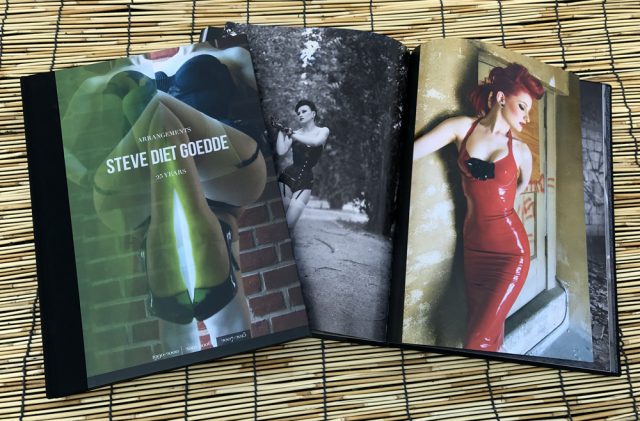 Dirty Girl Collection ($38.87, hardcover only) Ellen Stagg
“The unique, daring selection includes images of over 40 top models, from famous adult actress Justine Joli, whom Stagg first began working with in 2005, to model sensation Charlotte Stockely. Page for page, Stagg takes the viewer on a sexy provocative journey, testing the boundaries of art and nudity. From provocative snapshots to hot girl-on-girl action, Stagg’s photography pushes the envelope and takes the viewer on an exciting journey through her world of artistic nudes. Nothing is off-limits in this steaming hot collection of uncensored girls.”

Figment ($4.49) Alison Tyler
“A writer sits in an empty room and waits for the next story. Her prompts are given to her every day. Sometimes multiple times a day. Sometimes in the middle of the night. She must respond by performing tantalizing typographic tricks for her Master, by intellectually entertaining him. If she fails, he punishes her. If she succeeds, she wins the most breathtaking rewards. She never knows what’s going to happen in her life. Only in her stories. A succulent work of surrealistic metafiction from Alison Tyler.”

The Gazillionaire and the Virgin ($4.99) Lisabet Sarai
“The Gazillionaire and the Virgin is a fun, sweet and sexy spin on the usual billionaire romance stories. Instead of a rich, dominant male and a naive, submissive female this books stars a reclusive 29 year old male virgin with a dominant side and a rich, successful and submissive businesswoman. The writing is slick, the dialogue is smart and the characters are totally loveable. The sex and BDSM scenes are really well written and they are panty meltingly hot. I’ll definitely be looking out for more books by this author as I absolutely loved this one.”

Muse ($3.99) Sommer Marsden
“Life as a nude model wasn’t what Dani Young expected. It was all Chris’s idea. His art class was minus one model and her life needed a change—a big one. An emotional shake up, he said. Something to make her feel wild and brave and free. She’s learning a lot about herself — her wants, her desires, her unexpected fantasies. But her biggest lesson may be that she deserves so much more than she’s always settled for in the past. Something like a courageous, blazing shot at real love.”

The Viscountess Interrogates: A Dominion Erotic Mystery ($6.99) Cameron Quintain
“Elegant sleuth The Viscountess and her perceptive slave and crime-solving partner Severin are back to solve another mystery in the world of fetish and kink Dominions. They inhabit a magical and kinky world of pocket universes that reflect every fetish fantasy humans can dream of. To solve the mystery of a missing object and a disappearance they will travel through territories both familiar and new: Victoria, the pornographic London that never was, The Wasteland, a post-apocalyptic Dominion of anarchy in scarcity, and the ultimate unreal setting of fantasy and unrepressed libido: Las Vegas. Severin falls into the hands of a lesbian biker gang, and The Viscountess goes undercover in an all-girls boarding school.” 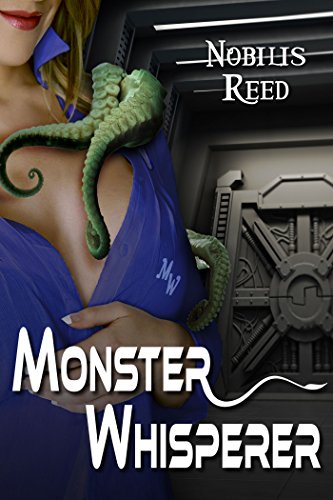 Monster Whisperer ($5.99) Nobilis Reed
“If there’s something wrong with your tentacle monster, who are you going to call? Dale Clearwater: Monster Whisperer. With her own ship and a menagerie of tentacle monsters, she travels from world to world, rehabilitating monsters and training the people who love them. From the amorphous, fluid Kritzoan to the stone-like Nalcheka, Dale embraces the monsters and records her encounters for a reality show that broadcasts to countless worlds. One might think there’s nothing she couldn’t, or wouldn’t, do. Still, when she gets a call from her old colleague (and old flame), Dale nearly turns him down. Nearly. Joining him to capture a particularly dangerous monster is part of an adventure that has the potential to change their universe – or lose Dale her monsters, her ship, her show, and everything that she holds dear.”

Raw Silk ($6.75) Lisabet Sarai
“There’s no doubt in my mind that RAW SILK is one of the hottest novels I’ve read in the past several years. Though it was written by a woman for a predominantly female audience, I found myself aroused in ways that surprised even me. There’s definitely something for everyone in this novel: straight sex, bi-sex, male domination, female domination, threesomes, and the list goes on and on. But more than that, this book is exquisitely written. Ms. Sarai is a poet who knows the magic of words and how to make them come alive for the reader. She’s able to capture the sheer beauty of Bangkok as well as its crowded streets, strange scents, constant noise, and the open friendliness and hospitality of its people toward outsiders. I felt at home there and experienced strong memories returning of when I lived in Bangkok during the late sixties. I also found all of the main characters in the book to be fully developed and rather intriguing, and even the information about computer software programming managed to capture my attention.”

Want more great sex book recommendations? Browse the Kink Your Kindle archives. Update: I have to add an unsolicited, from-the-heart shout-out to Kinky Literature for being there, and being amazing.