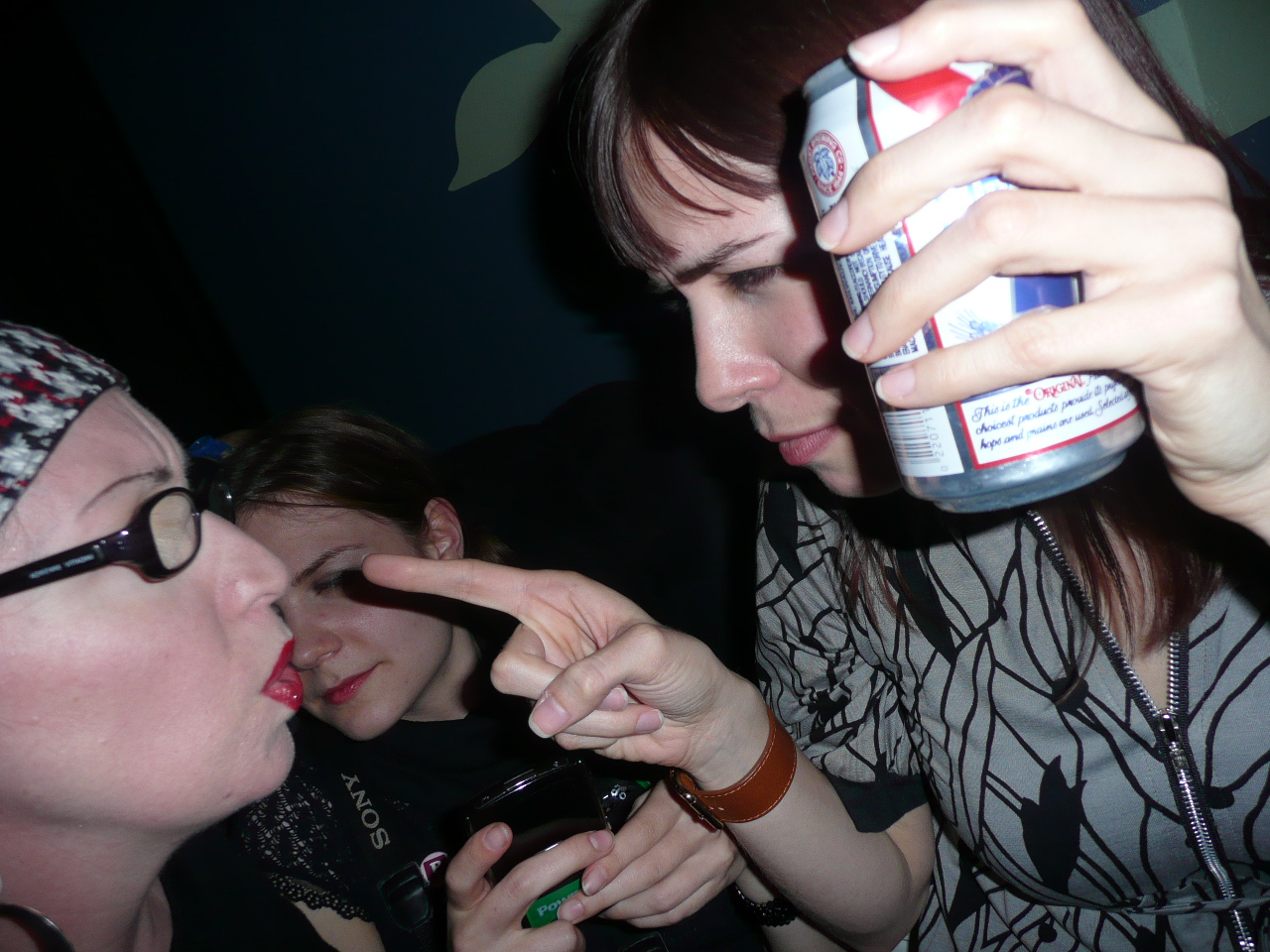 Image: a re-enactment of Steve Jobs telling me off. Location: the Pownce pre-launch party. Cast: Steve Jobs as played by Veronica Belmont; Katie Cotton as played by a PBR, a MacBook Air as played by Ariel Waldman, and Violet Blue as played by an anonymous inebriated blogger. Way better photos of us from the party are here.

There’s not enough sex in this story to keep blogging about it, so here’s the wrap:

There’s more, but this email was most interesting:

“hey V. this is interesting. not only is your steve jobs story one of the top dugg stories the past couple days, but it has the honor of being the most buried story according to this fun little tool. not sure that it means anything at this point, but kinda of interesting i think… http://www.ajaxonomy.com/buryrecorder/topburies.php”