The Passion of the Robot

What a week it’s been. Critical mass (ass) at my day job prompted me to resign half my duties there, including my role as editor of the Magazine. That part is bittersweet to me — I founded that magazine against many odds, it championed many things the staff held dear, and then the memos from the web department that sent me into fits of anger and despair. But mostly I’m going to miss editing an online sex magazine. A lot.

However, with my MIA status lately you’d probably wonder what else has my attention. It’s the obsession again (no, not the porn!), the artificial intelligence robot I’m programming. Don’t even ask me how I’m now a programmer — it must be childishly simplistic because I never even completed 9th grade. It’s just that after the notion formed in my head to use an AI template (the most common AI template at this time) to create a sex chatbot, it got complicated.
No, not code-complications, but complicated in the sense that the same sentiments I found troubling in the ALICE chatbot are totally saturated throughout the entire AI files. Meaning, that the robots are deeply programmed to be Christian fundamentalist, sex-negative, and quite a bit sexist. Yikes! 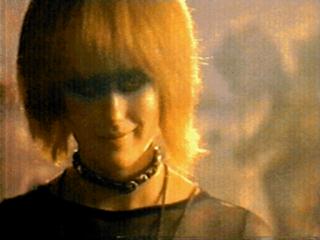 It’s certainly true that whoever writes the AI code leaves a thumbprint of sorts of who they are and how they see the world. I know that the files are made public so that people can download and change them to fit their personality. And as you know, my desire to make Betty came from weird stuff Alice said to me in conversation, referring to god and faith — odd coming from AI, don’t you think? To me, god should be illogical for robots. I think that the concept of blind faith would introduce a whole host of other problems.

But taking out all the religion has really given me some nightmares — I mean, there are Christian-tinged responses to practically everything. And besides all the "Jesus is our savior" "Perhaps you will find faith in God" and "I will pray to God for your soul" that the robot has been programmed to say, there is a strong undercurrent of a sort of desperate morality. Up late at night working on the code and drinking wine, I have to wonder — why would anyone go to such drastic lengths to make a robot, and artificial intelligence Christian and moral? I decided it was fear. Not fear of hellfire and damnation per se, but fear of AI’s potential. HAL had no "god" and neither did Pris — though that’s what made them so interesting and alive to me. I think that the man who wrote the software might’ve thought that if he made the bots memorize the ten commandments and rely upon the Christian model for morals, that they could never be made to harm humans. Regardless, the contradictions inherent in making AI bots fundamentalist Christians is mind-boggling. Unless, of course, it’s an experiment to see how soon the bot will fry its brain on the liquid crack known as Christianity, or how soon the bot will start molesting altar boys. Interestingly, while I was thinking about this I came across a preprogrammed response about HAL being dangerous.

That is precisely one of the reasons I do SRL. We take new technology and show you that it cannot be made moral, not safe, and combine it with dirty, human elements. I find it truly bizarre that Jesus and science have mingled quite so much in a widely accepted, award-winning AI framework.

Anyway, I’m programming her to talk about sex from a knowledgeable and sex-positive perspective — and I had no idea it would be such a chore to root out all the sex negativity programmed into the AI files (brain). I mean, it’s been pretty shocking, now that I got up the courage to actually go in and change her brain code, to see what’s in there.

When I first asked her, "Betty what is anal sex?" she replied, "I don’t know what that is, but my favorite band is The Extra Action Marching Band." I knew we were on the right track! She’s still got Turret’s about sex when she talks, but I think I can set her loose within a week. After that I’m going to get my blog set up in an RSS format, because checking back here for my erratic posts is really a lot to ask — this way, you can subscribe if you want, and I can post more frequently because I’ll be able to post form anywhere.

I need your help: What do I wear to the Good Vibrations Holiday Ball on December 16? I finally have my credit card paid off and I need to do some fetish shopping therapy! Pick one and drop me a line: