Violet Blue May 28, 2017 1 piece of BRILLIANCE put forth by a DARING and DELIGHTFUL reader 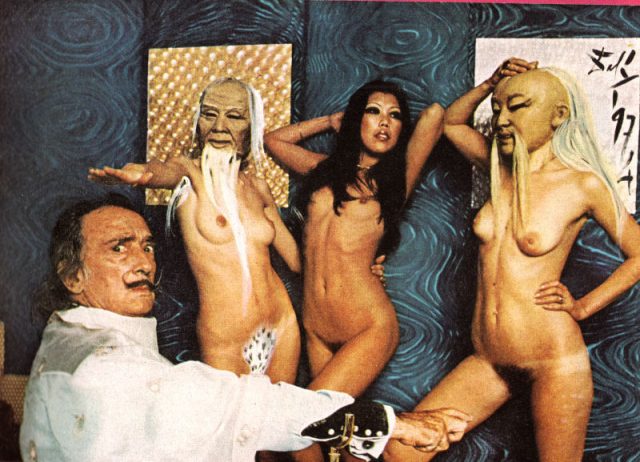 Warning for survivors of sexual assault and abuse. “The internet allows us to have sex with people situated on the opposite side of the world. To bridge that distance, we use web-connected devices like masturbation sleeves and vibrators. What would the legal implications be if, say, skilled and malicious hackers were able to hijack one of these devices? On one hand, they will have gained control of an object that is used to penetrate, and therefore are potentially responsible for it. On the other, the device’s owner is likely to have overall control of the hardware and, we assume, consents to its use.”
* The law isn’t ready for the internet of sexual assault (Engadget)

Warning for survivors of sexual assault and abuse. “When Julian Assange was first confronted with allegations of sexual assault—allegations a Swedish prosecutor announced Friday, nearly seven years later, would not be pursued—the WikiLeaks founder claimed that he was the victim, victimized by his accusers: two former fans accusing him of nonconsensual sex.”
* What Just Happened in This Infamous Rape Case Is Why Many Women Don’t Come Forward (attn)

“Once again, cops are arguing that they need to be allowed to have sex with suspects in order to investigate prostitution allegations. And once again, lawmakers and journalists are acting like exploitation and assault of sex workers by law enforcement is a rare occurrence, rather than a national epidemic.”
* Alaska Cops Fight for the Right to Sexually Exploit Prostitution Suspects (Reason)

“The idea of android prostitutes has generated polarized reactions from researchers and ethicists. Would paying robots for sex be a good thing? Is this the dawn of a brave new world, or of a dark, mechanical future?”
* Sexbot Brothels: What Are the Pros and Cons of Robotic Sex Workers? (Future of Sex)

Warning for survivors of sexual assault and abuse. “Federal law requires colleges and universities to report sexual assaults on campus. It’s different for kindergarten through 12th grade, where there’s no guidance to report those assaults between students. In elementary, middle and high schools, the Associated Press found a shocking level of sexual violence among students throughout the U.S.”
* The kids aren’t all right (Reveal)

“… But these days, Not Another Teen Movie seems like a relic of a bygone era, and it’s easy to imagine its jokes being lost on today’s teenagers, in large part because Hollywood doesn’t make movies about teenagers desperate to lose their virginities anymore. The teen sex comedy, once a staple of the summer movie season, no longer exists.”
* The Internet Killed the Teen Sex Comedy (Mel Magazine)