Violet Blue August 13, 2016 0 pieces of BRILLIANCE put forth by a DARING and DELIGHTFUL reader

“#ImWithHer, but—as a former sex worker—I’ve got to wonder, is Hillary Clinton with me? Shortly after Ima Matul’s speech Tuesday at the Democratic National Convention, the “sex trafficking survivor” who spoke in support of Hillary Clinton was revealed to have actually been a victim of forced labor (not sexual slavery). Sen. Amy Klobuchar’s convention speech also focused on sex trafficking, and cited questionable statistics about human trafficking being the “third largest” criminal economy in the world. Lena Dunham — a celebrity who in spite of fervent criticism has since doubled down on her stance against the decriminalization of sex work — was also a speaker.”
* Sex Work Isn’t Sex Trafficking (Daily Beast; link is not an endorsement of the website)

“Since The Donald bested the field of cuckservatives with his manly virility and full head of hair, those who couldn’t see a good insult go to waste have continued to use it in its shortened form — cuck … So now that a word previously only used for pornography or in 4chan has achieved mainstream political significance, it’s time to ask the question: Why has the word “cuck” resonated with so many angry white men?”
* Why Angry White Men Love Calling People “Cucks” (GQ)

“There are two big constraints. The first is how busy people are when they’re in space. Even if they wanted to and it were physically achievable, astronauts on space missions just don’t have time to have sex; they’re there to do a job, one that could kill them if something goes wrong. The second is that, because of the laws of physics, sex in space is really, really hard to make happen. …”
* Sex in Space is So Much Harder Than You Could Have Ever Imagined (Fusion)

“Despite the store’s humble appearance [in San Francisco’s Mission District in 1977], Good Vibrations would eventually become a standard bearer in an industry with few standards, a clearinghouse for sexual information in a sexually anemic culture, and an inspiration to feminist and queer-identified entrepreneurs everywhere who wanted to follow in Joani Blank’s sex-positive footsteps.”
* Remembering Good Vibrations Founder Joani Blank, 1937 – 2016 (Bitch Media)

“I’ve heard many survivors talk about feeling excluded, at best, and retraumatized, at worst, by events or spaces that bill themselves as sex-positive, despite the fact that, in principle, sex positivity intentionally carves out space for survivorship. So I got to thinking about the relationship between sex positivity and trauma-informed practices, and I think there might be something valuable there.”
* Trauma informed sex positivity (The Dirty Normal) 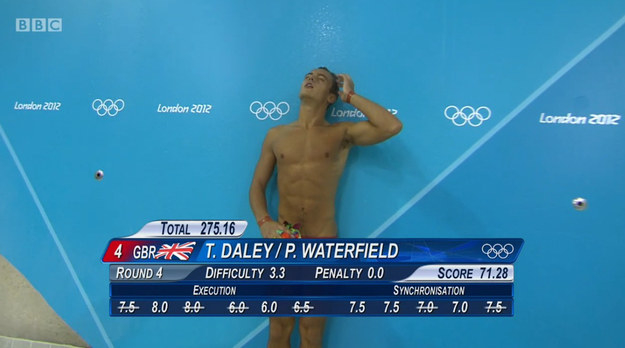 “In the case of sex addiction, we have a perfect storm of psychiatrists, psychotherapists, and other assorted mental health professionals trying to fit sexual behavior into a socially constructed paradigm of monogamy, pair bonding, and yes, even intimacy.”
* How Social Constructionism Created the Sex Addiction Model (Psychology Today)

“What gives the Shadow Dexterous Hand its tactile abilities is haptics, which allows a piece of technology to communicate through touch. The Force Touch feature on your iPhone? That’s haptics at work. The way your phone vibrates when you catch a Pokémon in Pokémon Go? That’s haptic, too. These things may already turn you on. But trust us, that’s only just the beginning. Haptics are what will power the coming sex machine revolution.”
* The Secret Behind Great Machine Sex (Fusion)

“Now there’s a new study making the rounds that claims to offer empirical proof that today’s young adults also have terrible sex lives. … As Stanford sociologist Aliya Saperstein has noted, such surveys tend to use heteronormative language and often don’t reflect contemporary understanding of sex and gender as two distinct categories with more than two options. … Another problem, which the researchers noted in their paper, is that the definition of what constitutes “sex” is left up to the GSS respondents to decide.”
* That study about millennials having terrible sex lives is probably bullshit (Vice)

I want to go cover this! Someone please send me! “Researchers and experts in both sex and tech are gearing up to put sex robots under a microscope at the first ever tech conference dedicated to the impact of technology on intimacy and sexuality. The event—set to be held in Manchester, England from September 7 through 9—will consider the latest research and theories about how humans engage with social media, robots, artificial intelligence and other forms of technology to explore sex.”
* Will Sex Robots Destroy the Human Race? Experts Host a Tech Conference to Discuss (Observer)

“Anna Lee, the president of Vancouver-based HoloFilms, as well as a director of its movies, says customers have been requesting VR movies with “a very specific girlfriend experience. They want emotional connection and cuddling more than just sex. They want the actresses to look them in the eyes and say ‘I love you,’” Lee told me. “We’re moving away from the gonzo hardcore stuff to more intimate experiences. They’re requesting more average penis sizes from the actors. They want it to be easier to feel like they’re in it.””
* When it comes to VR porn, men want more than just sex (Fusion)

Trans Summer School on @Scarleteen is giving the ins & outs of doing the trans thing. Glad to tell my story to help! https://t.co/lcRkYnOWZO