Violet Blue May 22, 2016 0 pieces of BRILLIANCE put forth by a DARING and DELIGHTFUL reader 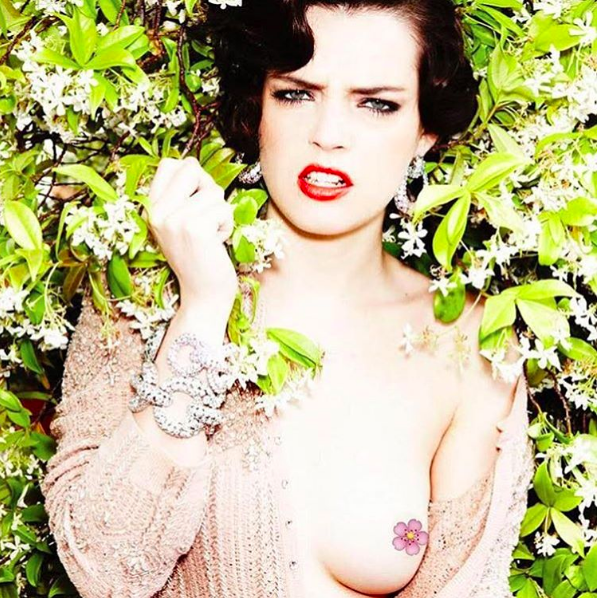 “After a lengthy surgery performed by staff volunteering their time at Massachusetts General Hospital in Boston, [Thomas] Manning just became the first American to receive what appears to be a successful penis transplant. But according to Dr. Dicken Ko, one of the team leaders in Manning’s transplant, he and his colleagues will not be offering a similar procedure to transgender men just yet. So what’s stopping them?”
* Could Penis Transplants Change Everything for Transgender Men? (Fusion)

““Yes, I know about the female [exercise] instructors who seduce women away from their husbands,” a beautiful blonde socialite told me with an “everybody knows that” wave of her hand. A man who socialized and worked with a group of wealthy, married Hamptonites told me about two women, each married and avowedly heterosexual, each having a passionate affair with a woman—one with a woman who was her exercise coach.”
* Gay Until Labor Day: Stretching Female Sexuality in the Hamptons (Observer)

“With David Cameron at the head, the previous coalition government demonstrated a moralistic and arguably sexist attitude towards pornography with its surprise ban of the depiction of a number of sex acts in any material produced in the UK. Cameron also demonstrated a significant lack of understanding on how to regulate other digital technologies, evidenced by his preposterous comments on outlawing the use of encryption at the start of last year. Suffice to say, all signs point to a government that is spectacularly unqualified to pass legislation on an area at the intersection of the two.”
* No one can stop teenagers from watching porn – not even David Cameron (Independent UK)

Susannah Temko writes, “1 in 200 people, 0.5% of the world’s population. What springs to mind? That’s a greater number than the world’s Jewish population. That’s nearly as common as red hair or twins. Those numbers refer to a population of people known today under the umbrella term of intersex. I am one of them.”
* Things You Only Know If You Are Born Intersex (The Debrief)

“It’s not enough to say that disabled people are sexual. I don’t need to shock the uninitiated anymore. Disabled people are sexual. … Some of us are even gay (or queer, bi, lesbian, you name it)! We are not these things necessarily because of or in spite of our disabilities. But our disabilities have taught us a lot about how to have a body. And how to have a complicated body that wants complicated things. ”
* Disabled Sexuality: We’re Here, We’re Queer — And We’re Sexy! (Curve Magazine)

“When the tabloids chose to focus on a 19-year-old electing for a bilateral mastectomy, because they (the preferred pronoun) are non-binary transgender, the internet responded with predictable pearl-clutching and tired old tropes. Wannabe armchair psychiatrists were quick to denounce Opi Baron as “obviously mentally ill”, while the accusations that “being transgender is fashionable” still fly thick and fast (despite the first known British male-to-female transgender surgery being performed on an RAF pilot in the 1950s but, you know what they say, fashion comes back around).”
* I’m a little bit female and a little bit male. Finally, I fit in my skin (Guardian)