Thomas Roche October 25, 2011 2 pieces of BRILLIANCE put forth by a DARING and DELIGHTFUL reader 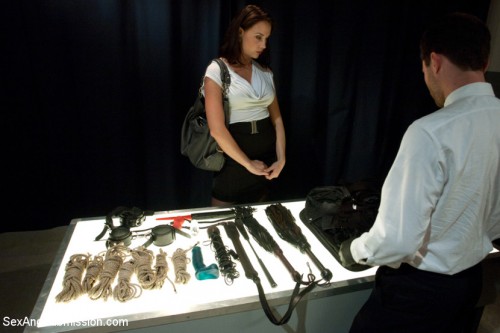 As you may know, the Transportation Safety Administration doesn’t have an impeccable record when it comes to sex and sexual assault issues, the simple sanctity of passenger bodies, passenger privacy, et cetera. Sure, sometimes that can be pretty funny — because, hey, what’s not hilarious about being non-consensually groped? Other times it’s just weird.

Certain TSA employees have also been known to use an accusation of drug trafficking as a sort of on-the-job speed-dating method, like the TSA screener who thought it was LOLZY to single out hot college girls and plant fake cocaine on them as a “joke” — aka possibly the very worst pick-up technique in the history of bad pickup techniques used by members of the law enforcement community. Last, but far from least, the TSA doesn’t seem to be all that clear on how volatile liquids are processed into explosives (I’ll give you a hint…it’s not by adding a lemon squeeze to your bottle of Crystal Geyser).

Here at Tiny Nibbles, we want to help you get all stoked-up for the upcoming travel season. First, you should know that if you’re traveling by air through Boston or Detroit, you can look forward to an Israeli style “Chat-Down” in which TSA staff will ask you invasive questions and read your body language to see if you’re telling the truth. Based on the condensation of a Boston Herald story in Jaunted, the questions may sound familiar if you’ve got a crazy stalker ex: “Agents will not only ask questions like ‘what hotel did you stay at’ and ‘what did you visit,’ but also ‘who drove you here’ and ‘who did you have dinner with last night?'”

[F]irst, note what the TSA hasn’t been catching in checked baggage: loaded guns. Specifically, a loaded gun that slipped through security at LAX last Sunday. The only reason anyone even knows about the incident is because the gun simply fell out of a duffel bag as it was being unloaded at its destination. Not to worry though—TSA wants you to know that it’s only their responsibility to check for loaded guns in carry-on luggage, not in checked bags. Great news.

This is what TSA will do when they inspect a bag you checked and find a, um, “personal item”…Total violation of privacy, wildly inappropriate and clearly not ok, but I also just died laughing in my hotel room.

Uhhhh…first, when I travel, I hand my checked bag to a TSA agent. So if it’s not their job to keep our skies safe from loaded firearms, whose job is it? The local cops? Well, when it comes to the aforementioned Boston, at least, that sure as heck doesn’t make me feel a whole lot safer. And second, if it’s not their job to find loaded firearms in checked baggage, then WTF are they looking for (candy, maybe?) when they’re rooting around in my jockeys looking for vibrators?

In any event, if you’re going to be traveling with your sex toys, the sad truth is you’re at risk of having them fondled — and at risk of potential embarrassment. You can be as shameless as you want about your sex toy usage, and still have it be a hugely disconcerting experience to run up against the invasive habits of the TSA — and the agency’s well-known disregard for sexual privacy.

You have an absolute right to travel with whatever sex toys you want, and no TSA agent has any right to comment on your use or perceived use of same. But to protect your right to privacy, exercise some caution. As Violet put it in her 2007 guide to traveling with sex toys on the occasion of the 2007 Gay Pride season in San Francisco:

[E]very sexual traveler can potentially be the victim of minor ordeals and tense moments. Sex toys scanned by X-ray machines get removed from bags for examination. Metal detectors pick up piercings in private areas, and their owners are subjected to extended searches. And if your gender does not appear to match the gender identity on your driver’s license or passport, you may be in for a long delay — or worse. The simple answer to these problems would be to travel sans sex toys or to change how you dress or appear for travel. But what if you’re going on a long trip, having a wild weekend or can’t (or don’t want to) change who you really are?

Make your self-assurance the first thing you pack. It’s reasonable — and expected — that airlines will be alert for questionable items. But as Good Vibrations’ staff sexologist Dr. Carol Queen states, “It is highly inappropriate, and potentially an act of sexual harassment, for an airline staffer to make a public issue of finding an intimate object in a customer’s bag.” What if it were a pack of tampons they were examining? You have just as much right to have a dildo in your luggage as you do any personal-care item; it is not dangerous, and it is improper for anyone to make it public. Remember that airport and airline personnel are engaging in harassment should they humiliate anyone regarding sexual matters — be it for condoms, hygiene products or a strap-on harness in your baggage.

Traveling for the holidays may be potentially less sexy than traveling for million-strong festival of sweaty, cheering Pride devotees — but in any travel situation, taking care of yourself is key. Especially when you’re facing what many of us face during the holiday season — family stresses, end-of-year panic, and travel during the busiest time of year — don’t let the TSA’s invasive policies keep you from packing your favorite toy!