Violet Blue June 25, 2011 4 pieces of BRILLIANCE put forth by a DARING and DELIGHTFUL reader 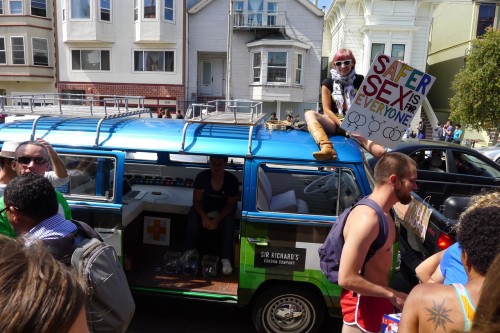 Photo: The lovely and wonderful people from Sir Richard’s Condoms, taken today just before the Dyke March in Dolores Park, San Francisco. I shot this after chatting with them about their terrific products and safer sex mission. They were giving out condoms, grinning from ear to ear, and also showing people how to make on-the-fly dental dams.