You Are Here: Home → 2011 → May → AIM (Adult Industry Medical) Healthcare Clinic Shuts Down

Violet Blue May 2, 2011 9 pieces of BRILLIANCE put forth by a DARING and DELIGHTFUL reader 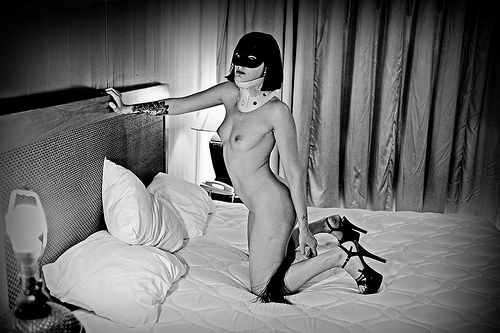 AIM has not issued a press release nor made any comment or hint on their website that they have closed. Disturbingly, their site AimCheck.net has been taken offline. This means anyone who had good tests can no longer access the test results or have them accessed – the online proof and verification of having clean tests is gone. AIM’s Get Tested link is also broken.

According to tweets, it’s just sort of expected that people in the industry will “just know” to get their tests from Talent Testing. This outlet has a turnaround of 4-6 2-3 days for results, as opposed to AIM’s results in 24-hours.

UPDATE 5/3: The FSC has commented here to say they are not a legal org but a trade association, and claim that AIM was not the source of the PW data breach: I have responded below with links that verify my statements.

Two hours ago, in chronological order:

FSC is holding a board meeting tomorrow to decide how to go forward.

“The industry will be fine,” Duke said.

LA Weekly states AIM has filed for bankruptcy, citing that as the reason for the closure.

FSC Blog: FSC Responds to Closure of AIM. It is unclear as to why they responded when according to those who attended their meeting, it was decided at their meeting to close AIM. I have a statement via email from an attendee that describes the meeting. Their statement makes it sound like they had no idea. “It is our understanding that AIM is now closed.” It doesn’t answer any other questions.

XBIZ (AVN also picked it up at the same time): AIM Clinic Closes; FSC Responds. “AIM’s’ AimCheck.net database website has been inaccessible to producers and talent since Monday.”

Am I the only one upset about the sudden loss of a sexual healthcare safety net for performers? Or upset that AIM just seemingly dumped all its clients? I’ve been a longtime champion of AIM and have cited them as a standard of community care for years. I hope they come forward with something that clears things up.

After the jump, read the statement about the Friday meeting from performer and attendee Sarah Shevon. She discusses a possible new performer healthcare database being created but is a month away, mentions that Talent Testing only offers testing and not other healthcare services (AIM formerly did), and talks about the possibility of performers forming an association – much like a union – to speak about and protect their rights.

The industry meeting we had last Friday was with the Free Speech Coalition, I recommend checking their sites for updates or to see how to get involved. The meeting was mainly held due to the very grim fate of AIM, and the fact AIM is on its way out completely.

AIM has been getting hit hard this year with Cal-Osha and The Aids Healthcare Foundation trying to take-over, mainly after “Patient Zeta” tested HIV-positive but there has been other instances. The Aids Healthcare Foundation and Cal/OSHA are not into the best interests of the performers, if they take-over they will make us all use condoms and weaken our testing procedures, we will be forced out of the country and/or underground.

So at this point, it is best to go to Talent Testing for now. There is a performer database in the works and negotiations for nation-wide testing facilities that offer treatment, similar to AIM. Talent Testing does not offer any treatment at this time.

The performer database being created will simply state whether performers are available or not, they could as well be unavailable for any reason outside getting an STI, and only the performers would have access their test results, it is estimated to be up in about a month.

We also discussed forming a performers association so that we can have more of a voice in these kinds of matters and have some benefits, kind of like a Union, and we would also do safety trainings to help appease Cal/OSHA. Of course people will need to get involved, there will have to be more meetings, and it will ultimately have to be enforced.

I will try to keep you updated on the new developments. [Sarah Shevon]