Violet Blue November 1, 2010 5 pieces of BRILLIANCE put forth by a DARING and DELIGHTFUL reader 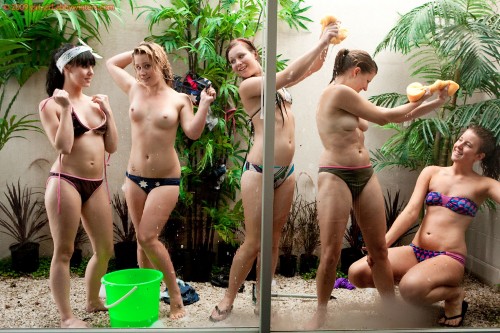 The month of October officially marked indie Australian site Abby Winters ten-year anniversary. November 1st means they’re hopefully here to stay: fast forward from Australia 2000, to this month where they’re celebrating their ten-year mark as a very successful, female sexuality driven adult site. In Amsterdam. Why? Well read Abby Winters Broke up with Australia to get the background. It is a sad, unfortunate story about the Australian government’s extreme anti-sex and anti-porn identity crisis, complete with shockingly restrictive and logic-defying laws. All of which contributed the company’s persecution and censorship (despite being a leader among the most respectful adult sites online).

AW’s basic founding premise was that ten years ago most adult content did not depict women being themselves. This is still largely true. But Abby Winters was at the forefront of that particular revolution, and participated heavily in a culture shift that began to place higher value on consumer interests and performer well-being, to foster a healthier adult environment where porn became more authentic, and blossomed. It took off faster than they anticipated; Abby Winters’ founders quickly realized they were not the only ones wanting to see this. So that’s what they showed — and I’m excited that soon they’ll be adding boy-girl fun to the mix.

There is a big congratulations gallery I put together in celebration after the “click to continue” jump. I am now certified for access to poke through their work and select galleries for you with their permission: I went through the very exacting process of becoming an AW affiliate. No joke — like me, they do not let anyone align with their brand simply by signing up. There were many emails exchanged, much examination and a hyooge agreement made between us. I especially appreciated that their content, as a rule, can not ever be presented with language that is disrespectful to the women. No wonder they have such happy ladies and a loyal, ever-growing community.

It is also Larry Flynt’s birthday.

Happy 10th, Abby Winters! Readers please do enjoy the frolic after the jump.