Let’s flush the Daily Mail from the universe

Violet Blue October 16, 2009 7 pieces of BRILLIANCE put forth by a DARING and DELIGHTFUL reader 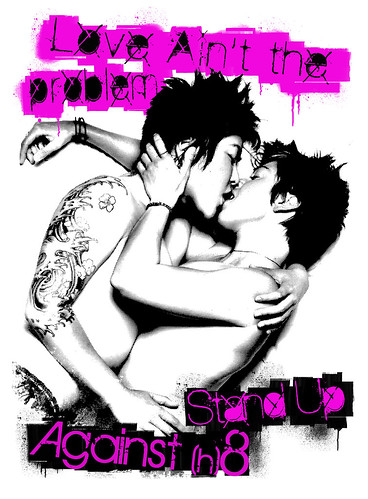 The Daily Mail has officially pulled a Jay Leno on the (too early) death of Irish boy band star Stephen Gately. Remember when Leno had actor Ryan Philippe on his show, and because the actor once played a gay character on TV, Leno went homo-phobo-obsessed to get Philippe to give the camera his “gayest look?” To the discomfort of everyone?

Well, ladies and genders, we have an heir to the gay-bashing-in-media throne.

Charlie Brooker, one of my favorite columnists, explains it all. Basically, Jan Moir as a journalistic representative of the Daily Mail wrote a very detailed article about why Gately could not have died of natural causes, essentially because he was gay. I am not making this up. I won’t send the traffic, but it’s here if you want to cut and paste:

Brooker, being more civil than I, has linked to it in his article. Brooker encourages readers to “(…) visit to the Press Complaints Commission website (www.pcc.org.uk) to lodge a complaint about Moir’s article on the basis that it breaches sections 1, 5 and 12 of its code of practice.” Here’s Brooker on why I’m frothing, too:

The funeral of Stephen Gately has not yet taken place. The man hasn’t been buried yet. Nevertheless, Jan Moir of the Daily Mail has already managed to dance on his grave. For money.

It has been 20 minutes since I’ve read her now-notorious column, and I’m still struggling to absorb the sheer scope of its hateful idiocy. It’s like gazing through a horrid little window into an awesome universe of pure blockheaded spite. Spiralling galaxies of ignorance roll majestically against a backdrop of what looks like dark prejudice, dotted hither and thither with winking stars of snide innuendo.

On the Mail website, it was headlined: “Why there was nothing ‘natural’ about Stephen Gately’s death.” Since the official postmortem clearly ascribed the singer’s death to natural causes, that headline contains a fairly bold claim. Still, who am I to judge? I’m no expert when it comes to interpreting autopsy findings, unlike Moir. Presumably she’s a leading expert in forensic science, paid huge sums of money to fly around the world lecturing coroners on her latest findings. Or maybe she just wants to gay-bash a dead man? Tragically, the only way to find out is to read the rest of her article.

(…) Anyway, having cast aspersions over a tragic death, doubted a coroner and insulted a grieving mother, Moir’s piece builds to its climax: “Another real sadness about Gately’s death is that it strikes another blow to the happy-ever-after myth of civil partnerships. . . Gay activists are always calling for tolerance and understanding about same-sex relationships, arguing that they are just the same as heterosexual marriages . . . in many cases this may be true. Yet the recent death of Kevin McGee, the former husband of Little Britain star Matt Lucas, and now the dubious events of Gately’s last night raise troubling questions about what happened.” (…read more, guardian.co.uk)

See also: Hot gay sex is for homophobes – Psych study links homophobia and homoerotic arousal; Violet Blue wants Jay Leno to know he’s safe (sfgate.com). Additionally, send me any websites that parody Jan Moir and/or The Daily Mail, or rally to raise awareness, or most especially boycott the rag, or invite Moir to SF Pride. How on Earth would we dress her up? To eject her into outer space, that is.