Violet Blue October 31, 2008 1 piece of BRILLIANCE put forth by a DARING and DELIGHTFUL reader 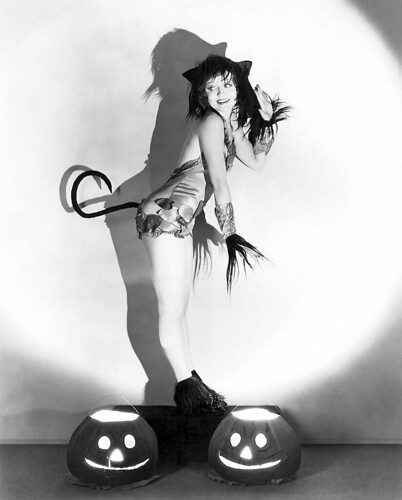 The New Yorker has a fabulous article by Margaret Talbot called Red Sex, Blue Sex which explores why so many evangelical teenagers become pregnant. It’s really creepy and difficult to stop reading once you’ve started. There could be a resounding “I told you so” clanging through our collective brains when reading about the realities of teens 13-17 who don’t use contraception when they break their abstinence pledges (with lots of pregnancies and a skyrocketing rate of STD’s). But the article posits an interesting twist: the teen girl (Shelby Knox) crusading with the help of her conservative Republican parents for comprehensive sex education in schools in Texas. It just tells me that when it comes to sex ed, there shouldn’t be any divisiveness here. But still, the practices are often appalling, as Talbot reports that the “sexual debut” of young white evangelical girls is typically at age 16. Snip:

(…) Last year, Mark Regnerus, a sociologist at the University of Texas at Austin, published a startling book called “Forbidden Fruit: Sex and Religion in the Lives of American Teenagers,” and he is working on a follow-up that includes a section titled “Red Sex, Blue Sex.” His findings are drawn from a national survey that Regnerus and his colleagues conducted of some thirty-four hundred thirteen-to-seventeen-year-olds, and from a comprehensive government study of adolescent health known as Add Health. Regnerus argues that religion is a good indicator of attitudes toward sex, but a poor one of sexual behavior, and that this gap is especially wide among teen-agers who identify themselves as evangelical. The vast majority of white evangelical adolescents—seventy-four per cent—say that they believe in abstaining from sex before marriage. (Only half of mainline Protestants, and a quarter of Jews, say that they believe in abstinence.) Moreover, among the major religious groups, evangelical virgins are the least likely to anticipate that sex will be pleasurable, and the most likely to believe that having sex will cause their partners to lose respect for them. (Jews most often cite pleasure as a reason to have sex, and say that an unplanned pregnancy would be an embarrassment.) But, according to Add Health data, evangelical teen-agers are more sexually active than Mormons, mainline Protestants, and Jews. On average, white evangelical Protestants make their “sexual début”—to use the festive term of social-science researchers—shortly after turning sixteen. Among major religious groups, only black Protestants begin having sex earlier.

Another key difference in behavior, Regnerus reports, is that evangelical Protestant teen-agers are significantly less likely than other groups to use contraception. This could be because evangelicals are also among the most likely to believe that using contraception will send the message that they are looking for sex. It could also be because many evangelicals are steeped in the abstinence movement’s warnings that condoms won’t actually protect them from pregnancy or venereal disease. More provocatively, Regnerus found that only half of sexually active teen-agers who say that they seek guidance from God or the Scriptures when making a tough decision report using contraception every time. By contrast, sixty-nine per cent of sexually active youth who say that they most often follow the counsel of a parent or another trusted adult consistently use protection.

The gulf between sexual belief and sexual behavior becomes apparent, too, when you look at the outcomes of abstinence-pledge movements. Nationwide, according to a 2001 estimate, some two and a half million people have taken a pledge to remain celibate until marriage. Usually, they do so under the auspices of movements such as True Love Waits or the Silver Ring Thing. Sometimes, they make their vows at big rallies featuring Christian pop stars and laser light shows, or at purity balls, where girls in frothy dresses exchange rings with their fathers, who vow to help them remain virgins until the day they marry. More than half of those who take such pledges—which, unlike abstinence-only classes in public schools, are explicitly Christian—end up having sex before marriage, and not usually with their future spouse. (…read more, newyorker.com, thanks Praemedia, via MetaFilter)