You Are Here: Home → 2008 → May → Always consider the right-leaning, fallacious source

Violet Blue May 28, 2008 8 pieces of BRILLIANCE put forth by a DARING and DELIGHTFUL reader 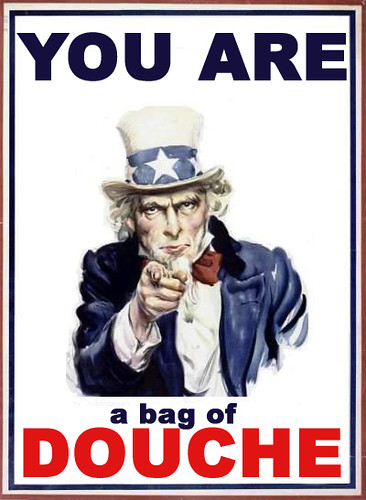 I’ve been attacked, criticized, parodied and trolled quite a bit over the past year. Every time, I remember my close friend Lori‘s advice, from her mom: always consider the source. Which is why considering a recent blog post attack on sex work in San Francisco by Ben Wachs from the SF Weekly has been a laugh a minute for local bloggers like myself.

People in SF are prone to remark these days that they feel kind of sorry for the SF Weekly. My relationship with the local paper is minimal, save for my last contact — when in SFist, with the help of my friends from Gay Porn Blog, I pointed out that the SF Weekly blithely had run a piece about the “porn awards” riddled with factual errors (to put it lightly). It may be too much to ask for a local news source in one of the most sexually diverse, tolerant cities in the nation to reflect our voices. Especially when, in the case of Ben Wachs, it’s not really the voice of a San Franciscan doing the talking despite portraying the contrary. Like, he must have the power to be two places at once: not only does he not represent the mores of SF with his puritanism, but he’s simultaneously writing for a NY-centric publication as their weekly local columnist. All while local gossip has him working with a GOP fundraiser and real estate dude to try to start a locally-focused site? Oh, and let’s not forget Wachs’ SF Weekly published remarks about descendants of survivors of the Armenian genocide saying, “If there was a genocide, then why is there so many left of you around to bitch?” So awesome. It wouldn’t get a second of my time if I hadn’t done a little digging on Wachs and found him so… entertaining.

In Wachs’ clumsily constructed SF Weekly blog post, he channels Bill O’Reilly to say some equally awesome things about my last Chron column, specifically San Francisco’s sex work communities and clients. Which is actually a huge compliment, considering what I’ve heard about Wachs’ right-leanings, GOP fundraising pals about town, and whispers from tipsters about Wachs’ dream to start his own news site. In his sloppy, reactionary hit post, Wachs really does the SF Weekly no favors with the sexually liberated communities of San Francisco (or blogging). He uses the Weekly’s platform and voice — of San Francisco, natch — to compare sex work to IV drug use, the smell of piss, gang violence, failing businesses, our expensive local economy, disappointed tourists, and of course “our incompetent politicians”. (Like, the ones that have been working diligently and at great cost for the past several years to legalize gay marriage?)

Such puritanical notions are antithetical to San Francisco, and certainly not as hip and gonzo as SF Weekly strives to be. Oh, Ben. Who is your sex worker? Is it local realtor and GOP fundraiser Mark Norell? Rumor has it that Wachs and Norell are ready to take on the evil progressives in local media, which is hilarious since they’re showing local bloggers that they’re idiots. Sources say that Norell has been spouting opinions around town about how the progressives have a stranglehold on local media, and they’re going to expose them — and did he really psychotically rant to the few local journalists they’ve actually been in touch with about how they just need funding? Well, looking at the quality of Wachs’ work — especially for making the Weekly’s blogs so diametrically opposed to blogging and attacking local bloggers — I really hope they get their venture off the ground.

Especially if it’s anything like the title of Wachs’ screenplay (emphasis original) “THE ADVENTURES OF STARK ROCK, MANLY DETECTIVE AT LARGE”. But seriously, equating sex work to gang violence in San Francisco — coming from a New York columnist? Like Carol Queen said regarding the last SF Weekly sex-negative gaffe, “What strikes me as especially amateur about this (besides the fact that I really wish “alternative” papers bothered to be more trustworthy and sex-positive than the New York Times) is that there are so many interesting things to say about sex that are both current and local. What the Weekly printed is neither, and it’s pretty clueless to boot.”

Update: This has been blogged about rather eloquently in The Guardian’s San Francisco Blog in SF Weekly sneers at sex work. Don’t miss it, it’s a very pointy stick of a blog post. Thank you, SFBG!

Update 05.30: Wachs responded today on the SF Weekly blog, and it’s very revealing. For instance, Wachs never denies the rumors about him and Norell. Interesting.

Most of all, I’m really surprised that the Weekly allows — nee advocates — Wachs playing out his personal drama on their pages. Tiny Nibbles is my personal blog, ya know? I was particularly puzzled about his closing line, “Think about it. Then, if you want to talk about it more, contact me through SF Weekly. That’s a sincere offer, one journalist (who happens to disagree with you) to another.” The SF Bay Guardian post he linked to closed with “Messages to Wachs and the Weekly went unanswered — no surprise — but I’ll update if I hear anything new.” So maybe he meant one journalist, and only one? Which one? I guess not the one from the SFBG. And he’s either missing or ignoring the point about claiming to be the voice of locals for two different locations. It’s hypocritical, and I have a right to criticize this because a) I am an SF native and b) Wachs is clearly, unapologetically intolerant of San Francisco’s diverse values. This line in his response really says it all: “One doesn’t have to be a Puritan to think about many San Franciscans: ‘You people really need to get over yourselves.'”

I’d like to encourage you to do the same, sir. If you hate it here, leave. We really don’t need to be hated from within. If you’re here to shit on “many San Franciscans”, do go away. Oh, and Ben — is talking about your East Coast column, Mark Norell and your public comments on Armenian genocide really “going through your garbage”? Perhaps if your “garbage” is on Wikipedia. Trust me, if I wanted to “rifle through your background for dirt” beyond a cursory Google search, you’d know it. I don’t give a shit if you hate local sex workers (hey, those were pseudonyms in my column — aren’t you wondering who you *really* pissed off?) and their clients enough to compare sex work to IV drug use and gang violence, just don’t claim to speak for anyone other than yourself. You don’t. Especially not anyone from San Francisco, or who moves here because they love it, even if it comes with politically minded escorts and crack whores and all.

And if you think it’s humorous (or original) to call me a shrinking Violet, just wait until we get to say “hi” in person. I’m not exactly known around this town for being shy.