See the complete, true, and full bio for Violet Blue. 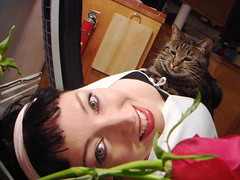 Salient facts: The best way to reach me is email: violet at tinynibbles dot com. For media appearances, I am represented by ICM. My literary agent is Kate Lee at ICM New York. To see my video and TV appearances, watch this demo video.

Bio: Violet Blue is a blogger, award-winning and best-selling author, podcaster, long-running web TV show GETV reporter, technology futurist, and sex-positive pundit in mainstream media (such as CNN and The Tyra Banks Show). Violet is the sex columnist for the San Francisco Chronicle with a weekly column titled Open Source Sex, and has a podcast of the same name that frequents iTunes’ top ten. Blue is also a 12-year SRL vet and robotic artist since 1996, and a Forbes Web Celeb. With a sex ed and media career spanning a decade, she writes about sexuality for media outlets such as Forbes, O: The Oprah Magazine and UN sponsored international health organization, RH Reality Check — while being a best-selling, award-winning author/editor of over two dozen books with many translations. 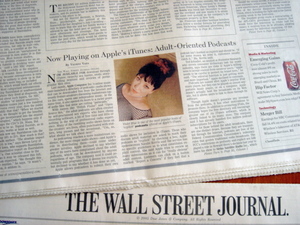 Blue has been a professional sex educator and tech futurist for a decade. She is a highly respected online sexual privacy expert; see also Google Tech Talk: Sexual Privacy, with over a million views. Her training includes over 80 hours of sex ed training courses, extensive reading and viewing curriculum, over 1000 hours of client counseling, and for over seven years she worked closely with women-run adult retailer Good Vibrations’ Education Department to write and develop their training and outreach materials (GV’s education staff trains a range of health care professionals including Planned Parenthood). Violet lectures to human sexuality students at San Francisco State University, UC Berkeley and to trainees at national sex crisis and information hotline San Francisco Sex Information.

* Forbes: Violet Blue: Forbes The Web Celeb 25. “From penniless bloggers to geek entrepreneurs, these are the biggest and brightest stars on the Web.” About Violet Blue, Forbes writes, Sex educator Violet Blue is the best-selling, award-winning author of over a dozen books on sex and sexuality, as well as the sex columnist for The San Francisco Chronicle. She’s also nearly omnipresent on the Web, whether she’s writing for Metroblogging San Francisco, reporting for Geek Entertainment Television, contributing to Fleshbot.com or hosting Open Source Sex, one of the Internet’s most popular podcasts.”

* Popular Open Source Sex podcast has been in and out of the iTunes top ten since inception; profiled in Wired, Newsweek/MSNBC (print + web) and featured on cover of business section of The Wall Street Journal with color photo. Average audience per show: 86,000. Total downloads, December 2008: 6,377,217. As of July 7, 2007, the podcast was ranked 9th in the iTunes directory.

* Columnist for the San Francisco Chronicle/SFGate. Blue’s weekly column Open Source Sex appears on a weekly basis on SFGate.com,the website of the San Francisco Chronicle, a well-respected and long-running daily newspaper having a significant daily national and international distribution. SFGate.com is the sixth most popular newspaper website in the US, with a monthly audience of over four million unique visitors (according to Nielsen//Net Ratings). 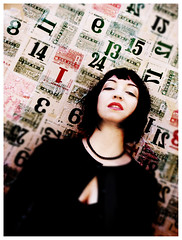 I can’t keep track of all this…

Really too numerous to be complete…