I do hope you’ll make my books part of your pleasure library, and if you don’t – that’s cool, too. I strongly believe there is no one right way to perform a particular sex act, and to make your lover squeak with pleasure you should seek out as much information as possible from a diverse variety of sources.

Our sexuality is as unique to us as a fingerprint. There is no such thing as a sex expert.

Honored by Forbes as “omnipresent on the web” and Webnation as “the sex educator for the Internet generation” in addition to being recognized by Times UK as “one of the 40 bloggers who really count”, I’ve been very lucky to have my work online and offline publicly acknowledged with such high respect. 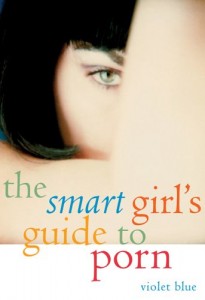 An example of my nonfiction essays about sex culture, selected and published in Best Sex Writing 2008: 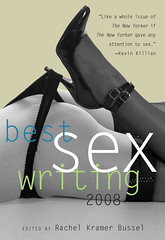 the piece was so anti-porn, and especially anti-kink, I saw red. especially since Kink is one of the most incredible places to work — they treat their employees better than any company I’ve seen (except for Google), the performers are treated with respect, paid really well, have hair and makeup people, and are regarded as Olympic athletes. the cleanliness standards should be envied by every restaurant in San Francisco and copied by every porn company in the world. and the owner’s mission is to demystify kinky sex, normalize it, and make the world a better place for all sexual outsiders for doing do. the Chron’s hit piece disgusted me, the rest of mainstream media predictably followed suit, and I wrote a powerful response.

the reaction at the paper was extreme. let’s just say mainstream media found it a bitter pill to swallow when I criticized their lock-step anti-porn and anti-sex bias within its own pages. it was quite a scandal. but that’s what happens when a paper hires a blogger, you know?

it’s both; mainstream media still sits behind its cozy little Fourth Estate wall of authority and assumption that everyone agrees sex is bad and wrong; journalists don’t have to bother questioning this point of view, even though the world’s view on sex has changed (and is changing rapidly) around them. MSM needs to get sex positive, because we can only make fun of them for so long…ultimately their attitudes are causing them to miss telling real stories and reporting with accuracy, which I think the corrective nature of the blogosphere will reign in eventually (…read more, bestsexwriting2008.wordpress.com)

From at least 1999, I’ve been a published sexuality writer for outlets like Forbes, O: The Oprah Magazine and RH Reality Check, while being a best-selling, award-winning author/editor of over thirty books, all currently in print, a number of which have been translated into French, Spanish, Russian, Italian and Turkish. I’ve contributed to nine (and counting) non-fiction anthologies by other authors. I self-publish sex ed and erotica at Digita Publications (many available in Kindle Editions), featuring DRM-free e-books and audio books from myself and a variety of talented authors.

(I need to update my IMDB Violet Blue page.)

Books that cite, quote, and reference my work, talks, and career*:

* Does not include books which include my books or online work in resources or bibliographies.