Violet Blue November 13, 2016 0 pieces of BRILLIANCE put forth by a DARING and DELIGHTFUL reader 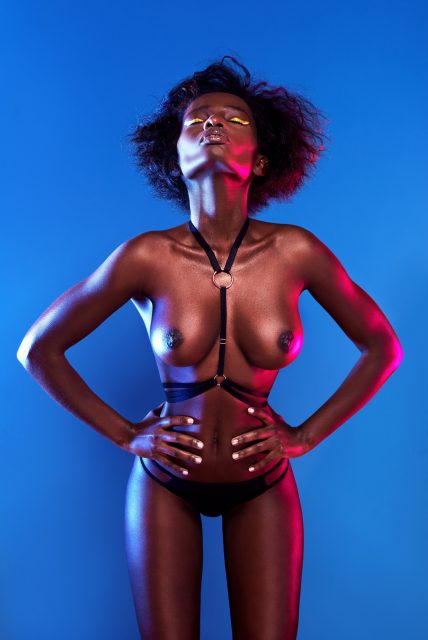 “The long wait may soon be over. Next year the first commercially available sex robots are expected to hit the market. If all goes as planned, you’ll be able to take home a robotic love doll—one that’s very lifelike and ready for interactive companionship, both romantic and sexual. And while certain sexbot projects are further along than others, rival companies are emerging that want a piece of this potentially very lucrative robot pie.”
* State of Sex Robots: These Are the Companies Developing Robotic Lovers (Future of Sex)

“Produced by Alex Gibney (Going Clear: Scientology and the Prison of Belief), the eight-part investigative series starts by looking into the Long Island Serial Killer investigation – which began in December 2010 after the bodies of four prostitutes were found near Gilgo Beach, just 35 miles from Manhattan – but The Killing Season is not just about LISK. While the filmmakers spend several episodes exploring the bizarre and frustrating intricacies of that case, the show eventually takes us far away from New York as Zemen and Mills follow a trail of murders to New Jersey, Florida, Oklahoma and New Mexico, examining an epidemic of terror for a maligned and marginalized community…”
* Why So Many Sex Worker Murders Go Unsolved (Rolling Stone)

“For him, that day in the animal room opened up a whole new world of biological understanding. He and other researchers have since shown that parthenogenesis—the ability to reproduce without sex—turns out to be more relevant to our understanding of the relationship between reproduction and evolution than anyone would have believed.”
* When Pseudosex Is Better Than the Real Thing – Issue 42: Fakes (Nautilus)

Sex addiction has been widely debunked, and this cottage industry has made a business out of anti-porn and anti-masturbation hysteria… so read this with your eyes wide open. Posted here so you can see what a joke this is. “Last week, The Post photographed the disgraced politician horseback-riding through the woods at a $25,000, 35-day, all-male sex rehabilitation program at the Recovery Ranch in Nunnelly, Tenn. … John, who asked that his real name not be used for privacy reasons, checked into Gentle Path, a $54,000, 45-day rehab program in Wickenburg, Ariz., about a year-and-a-half ago. The 44-year-old Arizona resident had a longtime addiction to pornography and serially cheated on his wife.”
* Here’s what Anthony Weiner is doing at sex addiction rehab (New York Post)

“One of the main questions in life is: Why is sex so good? According to a new review paper, it’s because sex — like dance, yoga, and other body-based pleasures — is rhythmic, and that rhythm has a way of uniting and heightening the senses… Safron said that the most surprising finding from this research is how much sex is like other transcendent pursuits, like dance or music.”
* A Fine Argument for Why Sex Is So Good (New York Magazine)

“In June of 1964, at a Hackensack, New Jersey courthouse, pediatrician Dr. William Reilly was called upon to give testimony regarding the dangers of reading about “abnormal” sexuality. In the course of questioning, Dr. Reilly was asked to expand upon his distinction between “abnormal sex” (an umbrella term under which he placed voyeurism, fetishism, homosexuality, and flagellation) and “normal sex.” It came down to, unsurprisingly, a question of pleasure; sex is “God-given act” but non-procreative sex ends with “anarchy.””
* The 200-Year Old Book That Sent the East Coast Into a Sex Panic (Atlas Obscura)

“Many in the our community — CrashPad cast and crew included — are overcome with intense emotions following the results of the presidential election. In this time of uncertainty and hostility, we encourage performers, employees, members, everyone, to continue to uplift and protect one another.”
* Holding Each Other in the Wake of the Election: 10 Organizations supporting queer, trans, people of color (Crash Pad Series)