Violet Blue July 24, 2016 0 pieces of BRILLIANCE put forth by a DARING and DELIGHTFUL reader 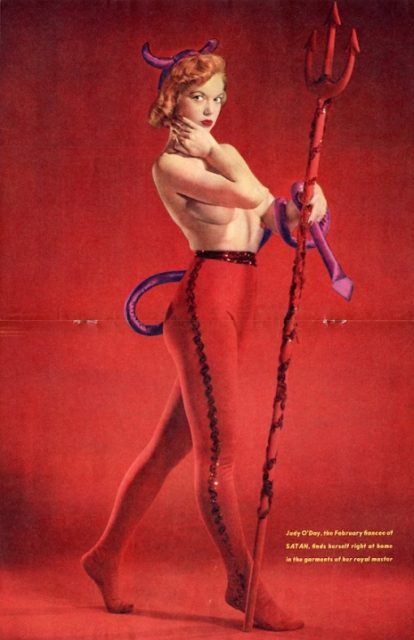 One of the most important articles of the decade. “Regular readers of The Fact Checker know that we have looked skeptically at various estimates of the number of youths involved in the sex trade. All too often, the estimates were based on flimsy or out-of-date data, leading to estimates that strained credulity. … Now a new study, funded by the U.S. Department of Justice, has come up with an estimate that appears significantly lower than previous estimates.”
* New study: Far fewer juveniles engaged in sex trade than previously estimated (Washington Post)

I totally want to try one, but holy safety gear Batman, they’re expensive. “After three years, a snub from Bill Gates, a $100,000 Indiegogo campaign, multiple tweaks and extensive testing with a state-funded sex machine, a non-FDA-approved prototype Galactic Cap is now available online for $25 a Cap (or $15, if you buy in bulk). Based on glowing, anonymous customer surveys, Powell likes to call it “the finest condom in the world.””
* Where No Man Has Come Before (MEL Magazine)

“Most important during orientation is the breakdown of Dick Checks — any ranch worker’s most important skill. Dick Checks are just what they sound like: the girl checks a dick up and down for any sign of a sexually transmitted infection or other malady. Should a penis fail this check, the customer is asked to leave.”
* I Applied for a Job at Nevada’s Most Famous Brothel (Thrillist)

Slides for "Hacking Sex" are now up at https://t.co/GMr58UuAVD ! #hopeconf #hopexi Thanks to everyone who attended, you were awesome.

“While [Vaginal Creme] Davis used her various projects to communicate her message, J.D.s more generally conveyed its sentiments of dissatisfaction by incorporating found pornographic images (a “reaction against anti-porn, sexually moralistic second wave feminism”, as [Bruce] LaBruce puts it) alongside tales of porno fiction and murderous rampages. The zine’s founders didn’t discriminate. “(It wasn’t just) queer punks, but also prison shut-ins, prostitutes, oppressed racial minorities, transgender people… anyone who went against the grain and had similar interests, sexual deviance and radical politics,” says LaBruce, “We were fighting the gay mainstream by promoting no division between gays and lesbians, by being inclusive of queers of all races, ages, genders and sexual persuasions.””
* Revisiting the seminal queercore movement (Dazed)

“[Laura Watson, spokesperson for the English Collective of Prostitutes] says that while recent progress in debates around sex work are positive, the changes need to make it on to the statute books, and fast. In the meantime, she says, sex workers are still at risk. She says a major concern is police officers unfairly using sex workers’ criminal records to contact them and blackmail them into having sex with them, in exchange for not getting further convictions.”
* This is what it’s like to be a sex worker in the UK (Independent UK)

“Earlier this week, McDonald’s and Starbucks became the two latest high-profile companies to pledge to block customers from accessing pornography over store-provided wifi networks. The development was the most recent victory in a campaign by Enough Is Enough, an advocacy group that promotes “internet safety.” These efforts seem to be successful in large part because public viewers of adult entertainment appear to be a constituency without a champion. (“Well, that’s the last 25 cents I ever give them for a cup of ice,” one fictitious public-porn aficionado told The Onion on Tuesday.)”
* Hotels: Pretty Okay With Their Customers’ Porn-Watching Habits (Atlantic)

“Banking for sex-related enterprises can be hit or miss. Some organizations find success working with payroll servicers like ADP or taking payments via PayPal, while others have their accounts closed or are denied business loans simply because of the adult nature of their business. Cannabis business owners can relate. Many cannabis businesses are forced to deal in cash due to the federal regulations that govern banking systems, although there have been recent developments regarding cannabis banking.”
* Cannabis and Sex Toys: Two Industries with Similar Challenges and Strengths (Leafly)

It is a shitty writer who believes that the opportunity to tell a woman’s story means telling more about a man’s story vis-a-vis the writer’s shitty sexual stereotypes. “If for some reason you can’t see it, it’s Batgirl and Batman, i.e. Barbara Gordon and Bruce Wayne, making out and having sex. It’s a very unusual pairing in that Barbara is usually shown to be the same age as the first Robin—and is frequently romantically paired with him. In almost all media, Batman has had a primarily parental relationship with Barbara, which makes this scene problematic for many fans on its most basic level.”
* The Killing Joke Movie Is a Disaster, Right Down to Its Comic-Con Panel (io9, thanks JWZ!)

“Rita’s business is an online brothel that specializes in bondage and kink, and offers an essential customer-vetting service for sex workers. She is a madam, but for the electronic era. And the fact that her business exists at all offers a key insight into the future of trust and jobs in the technology-driven 21st century.”
* Sex workers have created the perfect method for keeping people honest online (Quartz)

“Despite the high rates of HIV here sex workers say many of their clients don’t believe that HIV is something that will ever affect them. These two women insist that they always insist that their clients use condoms. They say PrEP serves as backup protection against HIV in case the condom breaks or a client turns vicious and rapes them.”
* Fighting HIV In Two High-Risk Groups: Sex Workers And Truck Drivers (NPR)