Violet Blue December 22, 2015 0 pieces of BRILLIANCE put forth by a DARING and DELIGHTFUL reader

I’ve written about this film many times over the years, and a recent email from someone trying to track it down reminded me just how great The Operation (1993, 12:50 minutes) still is. It’s a sexually explicit sci-fi style scene shot entirely in infrared, and the effects of body heat and cooling fluids are riveting. And uncomfortably sexy. Amazingly, The Operation was shot in 48 hours on a shoestring budget. It was an underground cult film upon release, and I think it has become an incredibly important piece of art. From the film’s blurb:

The Operation was conceived, shot, and performed by artists Jacob Pander (aka Otto Wrek ) and Marne Lucas (aka Gina Velour). From their Incident Energy project bio:

Merging their interests in surveillance technology, they recently created a multi-channel video installation filmed with heat-sensitive Thermal Imaging (IR) systems. By illuminating the actual heat of nature, culture, and the body by tracking the glowing heat/energy signatures of objects and people at terrestrial temperatures, they provide a new way of perceiving the Self.

Two years ago they released their trailer for Incident Energy, a conceptual art installation and show that brought us more bodies beautifully, hauntingly shot in IR.

At the top of this post is The Operation’s trailer, which Lucas uploaded to Vimeo four years ago, and she commented that they were trying to get the film re-released on DVD in 2013. If you want to see more of it, I found a copy of it here. 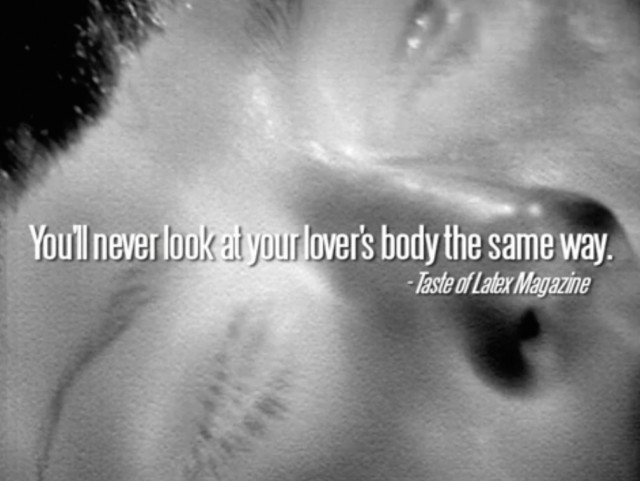