“Call Me Honey” by Jamie Hewlett

Violet Blue December 5, 2015 0 pieces of BRILLIANCE put forth by a DARING and DELIGHTFUL reader

Nowness writes, “For his first-ever solo exhibition, graphic artist Jamie Hewlett explores a range of disparate subjects, from ‘tarotica’—a titillating reinterpretation of the tarot’s Major Arcana—to photorealist illustrations of a bucolic French landscape. Known for creating punkish comic book Tank Girl and the characters behind Damon Albarn-fronted ‘virtual’ band Gorillaz, here Hewlett pays homage to B-movies from the 1960s and 1970s that revelled in gratuitous sex and violence, by introducing his fictional pin-up Honey.” The video link is here.

Found via Treats! Magazine, which has more info and examples of Hewlett’s art from “Call Me Honey.” In a coincidence of timing, San Francisco nightclub DNA Lounge just announced another Cyberdelia event: In in January they’re screening Tank Girl, with a costume contest and all the cyberdelic trimmings… I can confirm that rollerblades and actual torpedo tits are encouraged. 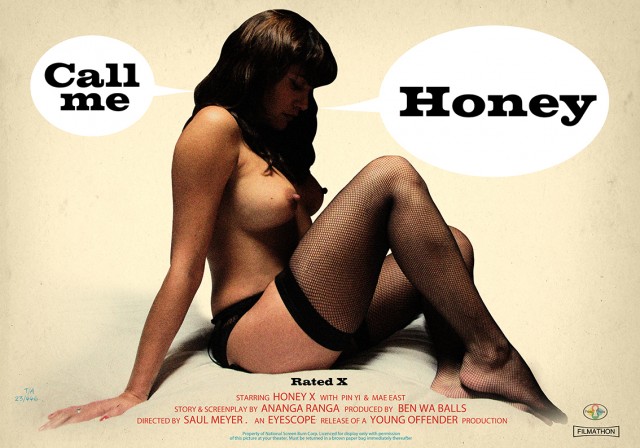