Thomas Roche March 30, 2012 1 piece of BRILLIANCE put forth by a DARING and DELIGHTFUL reader 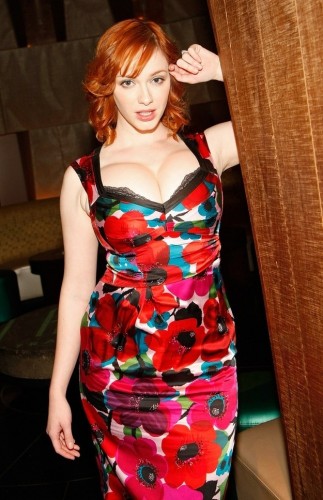 Created in 2002 in South Africa, National Cleavage Day is placed in April to, as a frequently cleavage-baring friend of mine once put it, “let the sisters out to breathe” after a lengthy winter of being packed away in impossibly snug sweaters and stretchy thermal turtlenecks.

Is National Cleavage Day a “real” holiday? Well…y’know, when it comes to holidays I vote for applying the old strip-club patron’s adage: “If I can see ’em, they’re real.” But the truth is that holidays suffer from the same real/fake split that breasts in porn do. So National Cleavage Day a commerce-driven augmentation to the natural calendar, or was it born this way? Yes and no: it’s a Hallmarkesque invention, not unlike my other favorite holiday, Secretary’s Day. But Hallmark didn’t have a damned thing to do with this one. It appears to be a creation of the South African Wonderbra brand and some Johannesburg radio station, possibly in collaboration with Cosmopolitan magazine (presumably the South African edition). The Wikipedia entry on the topic is bizarrely garbled, but keeps coming back to this whole South African thing.

Okay, well…having admired a bit of South African cleavage in my day, I would be more than tickled to think of this merely as South African Cleavage day, but there’s cleavage everywhere (hopefully). The holiday is trending on Twitter and getting press in markets as far afield as India, Atlanta, and London, where it also inspired a street-side cleavage stroll. But as if to drive home the fact that it’s a commerce-based holidays, the London Cleavage Walk was not just a grassroots event in which boobs were bared as a spontaneously empowering exercise. It promoted a store opening for boutique chain Ann Summers.

I like to think National Cleavage Day can be like any other commerce-based holiday… even, say, Christmas. The Grinch could steal all the push-up bras in the world, and when it comes to cleavage, there would still be plenty of Whos in Whoville.

Remember the true spirit of National Cleavage Day, people. It shouldn’t be about the sale of spendy lingerie. It should be about…cleavage. So let’s join hands and sing, shall we?