You Are Here: Home → 2012 → February → Sex Work, Stewardesses, and Australia’s Own Borgata Babes

Thomas Roche February 13, 2012 0 pieces of BRILLIANCE put forth by a DARING and DELIGHTFUL reader 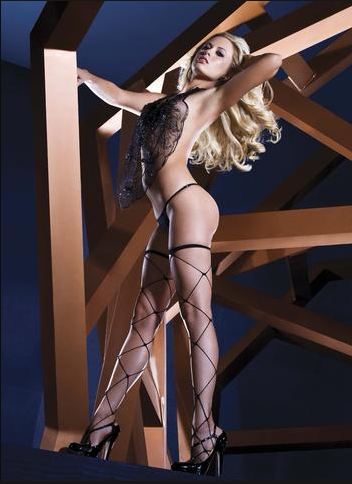 As fate would have it, this morning I began reading Geoffrey Gray’s Skyjack: The Hunt for D.B. Cooper, about the only unsolved skyjacking in U.S. aviation history. An early portion of the book is devoted to the fascinating and horrifying conditions under which stewardesses were expected to work in 1971, at the time of the skyjacking. Marketed quite explicitly as sex objects, they were costumed to please (generally much older) businessmen, and expected not just to smile but to titillate. One airline, Braniff International, even instituted The Airstrip, with stewardesses peeling off breakaway uniforms in-flight.

And, perhaps most famously, stewardesses in 1971 could be fired for gaining weight. Gray relates the story of how the stewardess who would later receive Cooper’s skyjacking note was called into the airline’s office, ordered to get on a scale, and when she turned out to weigh 185 pounds, was placed on 30 days unpaid leave. She dropped her weight with diet pills and got her job back.

That kind of employment discrimination sounds like it should be ancient history in any business, right? Not entirely in the airline industry. (Also, see the fourth item down in this Nibbles.) And not in the casino trade, where a 7% weight gain can get you fired as one of Atlantic City’s Borgata Babes.

An article by Paul McGeough in Australia’s the Sydney Morning Herald relates complaints by female employees at Sydney’s Star casino, which recently got a makeover by Larry Mullen and Sid Vaikunta, the wunderkinder who opened Atlantic City’s Borgata Hotel & Casino. The scantily clad “Borgata Babes” form one of the casino’s main selling points in a town that’s seen its revenues crash in recent years. There was even a Babes of Borgata calendar back in 2009, from which the lead image of this post is taken, although it doesn’t appear to have become an annual tradition.

The Borgata is trying to sell Vegas glitz as Atlantic City tries to compete with the easier, sleazier casinos opening throughout the Northeast, closer to many population centers and cheaper to reach and stay at. This part won’t surprise anyone who’s been to any casino on the Vegas Strip:

Borgata took Atlantic City by storm when it opened in 2003. In a city that tries, maybe too hard, to live up to its motto – ”Always turned on” – the management decreed there would be no Bibles in the rooms and no fat or wrinkles on the sprawling gaming floor.

The first new casino in Atlantic City in more than a decade, the $1.1 billion Borgata effectively launched the campaign for the city to be more like Las Vegas than a ”dilapidated step-sister” of the Nevada city, as it was described at the time…The city’s dozen other casinos soon went the Borgata way.

…The Borgata Babes are subjected to random weigh-ins. Those who gain more than 7 per cent of their approved weight are suspended without pay for up to 90 days — and then fired unless they lose the extra kilograms.

In 2006, two former Borgata staff sued for $70 million, alleging a ”sexual and gender-hostile environment and sex discrimination”. The case was settled out of court.

The issue simmered until last year, with a raft of claims against the nearby Resorts Casino Hotel, where cocktail waitresses who were called in for a photo shoot were shocked to find that instead of checking to see if their skimpy new flapper-style uniforms fitted them, their employer in fact was checking to see if they fitted the new uniforms. Those who did not were sacked for ”violating uniform standards”.

…With more than 40 years in the business, Dennis Gomes, the owner of Resorts and a named defendant in the women’s legal action, firmly believes sex sells.

He predicted the casino would be found to have acted within the law, explaining: ”If a woman looks good in the uniform it doesn’t matter what age she is … but if you are walking through and you come across someone who looks atrocious, it breaks the flow.”

Joe Lupo, the senior vice-president of operations at Borgata, said: ”It’s not about objectifying women – they are our ambassadors and we’re very proud of them. It’s a very good place to work – we have 6000 staff and I’d like to think they all are happy.”

McGeough wouldn’t know if they’re happy, since the reporter is explicitly not allowed by Sydney Star management to ask the waitresses. The Borgata’s policy dates back to 2005, so this obviously isn’t some grandfathered-in standard. As it turns out, this kind of employment discrimination hasn’t been found illegal under New Jersey case law. Attorney Kevin Costello, who represented some of the Resorts plaintiffs, said Atlantic City casinos will keep doing it until there’s “a definitive ruling.” It also doesn’t appear to be illegal in Australia.

Amusingly, a 2007 New York Times article about the pesky bust of a $22 million illegal betting ring operated out of the Borgata’s poker room (including four alleged Mob affiliates) refered to the Borgata Babes’ iconic black dresses only as “economical.” The dresses were spawned by fashion designer Zac Posen and are unlikely to get fugged at Hotel Chatter’s Uncool Uniforms List anytime soon.

But are they sexist per se, or can being a Borgata Babe be considered something like being a stripper, where club management routinely enforces restrictive standards of weight, age, and “looks,” or one of the many other kind of sex workers where the informal economy of client preference (or perceived client preference) does it instead?

Er…personally, I’m not so sure. Porn performers, strippers, or other sex workers are hired to stimulate us visually or otherwise meet our sexual needs — that’s part of the bargain. It’s the reason society discriminates against them in every conceivable way, from banking to renting an apartment to having relationships. But unlike sex workers, aren’t cocktail servers and flight attendants supposed to be serving me fucking drinks, not making my dick hard? I see the attempt to coerce non-sex-worker female employees into what amounts to a sexual transaction as being part of the same sickness that says sex work isn’t real work. It’s also a symptom of the same cancer that creates a media explosion whenever a Hollywood actress takes her clothes off, in a world where seeing naked breasts is as easy as turning off SafeSearch. Female sex appeal is treated like it’s priceless…unless it’s offered freely, as part of an agreed-upon sexual exchange. Then it’s treated like it’s worthless.

In any event, judgments of beauty and sexiness are to some degree unavoidable in sex work, but do they belong in other fields? Porn and stripping may be far more looksist than many consumers and workers may like, but in sex work a customer’s sexual interests are part of the transaction. With waitressing, enforcing them at a management level adds up to coercion. When the manager at Resorts says things like “If you are walking through [the casino] and you come across someone who looks atrocious, it breaks the flow,” is he trying to add a few zeros to the end of the next out-of-court settlement?

Image from the Babes of Borgata 2009 Calendar, via NBC 10 Philadelphia.