Violet Blue August 18, 2010 4 pieces of BRILLIANCE put forth by a DARING and DELIGHTFUL reader 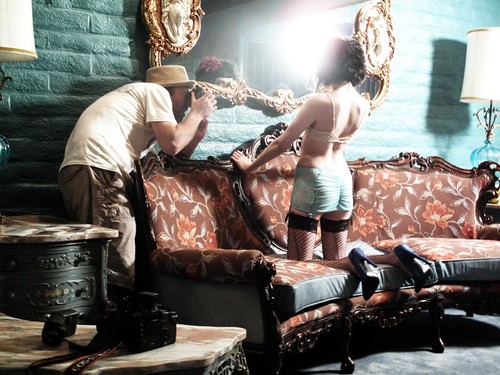 It’s crystal clear that the easiest way to break a website is to talk about sex. And the fastest way to reveal hypocrisy is to be a woman and talk about pornography in any way that is not fear, hatred, accusation, or anger. Social media needs a slap for not growing up. And the anti-porn people, for pulling this childish and pathetic little stunt: I’m coming for you. I have no reason to be nice anymore. This conversation about pornography and its community will happen.

I think you’ll get a lot from this update, if you haven’t peeped it already:

According to Facebook the deletion was in response to reported violations of Facebook’s Terms of Service, among which include obscenity. As I am an active and high-profile figure in the online social media space, I am not a newcomer to social media, or implementing Terms of Service. I also knew that someone was persistently trying to get every piece of art removed from our gallery — regardless of the content, nearly every user-uploaded photo was mysteriously being flagged and removed. (…read more, ourpornourselves.org)

Bonus idiocy: Digitally Blonde got banned permanently from FB for responding personally to everyone who tried to “friend” her. Her post has all kinds of juicy sexual hypocrisy, in case you’re wondering how far the world’s most popular social media site has gone away from actually serving the people who use its service. This model of media is broken. Facebook is a house you cannot ever live in, no matter how many times you let its master fuck you.

Update Wednesday, August 18: BlogHer just added this post in support and adds their voice to the discussion > Sex and Censorship: What Recent Attacks on Online Sex Discussions Have to Do With Your Blog (blogher.com)