You Are Here: Home → 2010 → August → Opinion: An Essential Part of a Straight Man’s Guide to Hotter Sex

Opinion: An Essential Part of a Straight Man’s Guide to Hotter Sex

Violet Blue August 23, 2010 5 pieces of BRILLIANCE put forth by a DARING and DELIGHTFUL reader 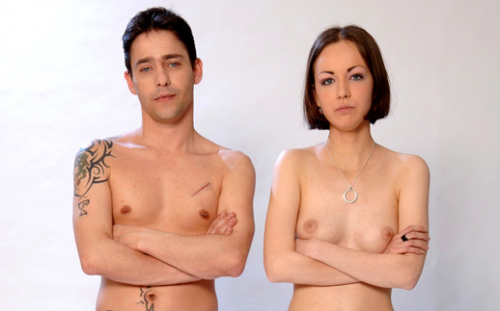 Quickies and loving couples who occasionally like to “make fuck” aside (as compared to “making love”): for some guys it’s going to boil down to understanding the difference between a quick-and-dirty come-on — versus a bit more teasing, cat-and-mouse. However, there’s a little bit of ca-ca to step around first.

Sex ed colleague (and longtime friend) Dr. Charlie Glickman has a must-read post up right now called The Most Important Thing That Men Who Have Sex With Women Need to Know. It’s an elaboration on a “groping vs. cuddling” point made in articles by a Fox News sex writer, but Glickman mines nuggets of practical wisdom for guys about initiating sex with girls.

Let me be absolutely clear: I’m not in agreement with the post’s intro where he explains, but still excuses, the awful generalizations by Fox News writer Logan Levkoff. I think Levkoff is not forced by anyone to use lame sexual stereotypes (I should know, I write for conservative mainstream media outlets about sex) and that she needs to step up herself and be responsible about using tired and insulting titles like “5 Ways to Get Your Wife to Have More Sex With You,” which calls men whiners who need to grow up. Ugh. No. Stop it. Really. Please: no more articles about sex that insult male readers, while promising to tell these guys how to “get” women to do something sexual. This is a problem. We who work the front lines of the sex-positive sex ed movement have been trying to undo the damage of this exact mindset for decades. It is like talking to your readers about movies as if they only have VCRs. While we’re on the topic of Fox on Sex, take Ian Kerner’s misleading ‘evils of pornography’ article with this female-authored “how to trick your women” stereotype back to wherever you go to stand in line with Hannity to stuff tired old tropes into Rupert Murdoch’s gaping Fox-hole. But the way Charlie explains what is at the heart of something cavalier Levkoff stated (about the way men relate to womens’ sexuality when it’s time to get it on), is riveting.

Anyway: what Charlie wrote is golden for straight guys. I want all my straight-guy friends to read it. Here’s a snip from the middle of Dr. Glickman’s great article, which gets to the point on what I think a lot of guys miss — and some key things to understand about sex with girls that could really unlock making hot sex happen. It’s just a *bit* more sophisticated than “how to get her to have more sex with you.” Which means it’s sage advice for guys who don’t believe everything they read about initiating sex with women from the “tricks” promised in Fox News. (Double entendre intended.) Snip:

(…) Logan also touched on a raw nerve when she wrote:

Snuggle, Don’t Grope. You’re in the mood, so you reach out and grab us—our breasts, butt, or genitals, that is. Guys, believe me when I tell you that this is the biggest sin you can commit when trying to seduce a woman. It will not send us into an orgasmic swoon. (And, hey, if it does, you don’t need my advice, right?). Neither will groping us in the kitchen while we’re unloading the dishwasher.

Of course, for some folks, the occasional grope or grab can lead to a hot and fun quickie. But what most men don’t realize is that all women in our society are on the receiving end of unwanted sexual attention at some point in their lives, and most of them get it a lot. Women are catcalled on the street. They’re harassed in bars, groped in clubs, and whistled at in the grocery store. They’re told that they need to be sexy to be valued and then they’re attacked as sluts. Simply put, women put up with sexual intrusion for most of their lives, in big ways and small. It happens everywhere and most men have no idea how much of an impact it has.

I’ve heard quite a few men say that women should just take it as a compliment. Ironically, these are often the same guys who lose it if a man cruises them, winks at them, or simply appears to be sexually interested in them. Seems like a double standard to me. Until and unless men wrap their brains around what that’s like for the women in their lives, they’re not going to understand why their girlfriends, wives, and partners often get annoyed by being groped. (…read more, charlieglickman.com)

Image from this Explicite Art gallery (explicit, for certain).