You Are Here: Home → 2010 → August → Craigslist Lettered by US Officials Over Adult Services – Sweden has a Lesson

Violet Blue August 24, 2010 3 pieces of BRILLIANCE put forth by a DARING and DELIGHTFUL reader 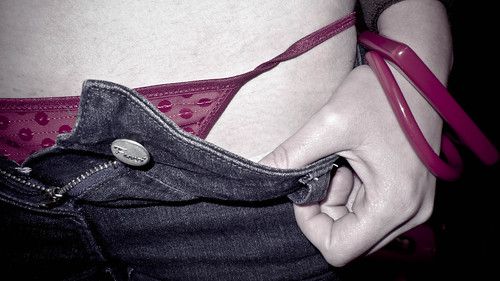 (…) “No amount of money, however, can justify the scourge of illegal prostitution and the suffering of the women and children who will continue to be victimized, in the market and trafficking provided by Craigslist,” the letter said. (…read more, npr.org)

There is a very necessary issue to address in here. But it would be most wise to temper the approach of the US attorneys general with this item — today’s stunning report from Lawsome.net titled In Sweden, Buying Sex Is Illegal. However, Selling It Is Not. In short, strict criminalization of sex work allows those using tech for access to make it easier to do bad things, as does the failure to recognize the difference between voluntary and non-voluntary prostitution. Snip:

(…) Since the Sex Purchase Act was enacted, the sex trade has been forced underground into more isolated and dangerous conditions. Statistics suggest that there has simply been an increase in hidden prostitution, including via the internet. It appears that the Swedish government may be ignorant of the many ways sex industries have been utilizing modern technology for the past ten to twenty years or so. Many people, including an incredible number of prostitutes themselves, believe the law has made them incredibly more vulnerable to violence perpetrated by buyers. Shockingly, lawmakers and authorities never burdened themselves to consult the actual sex workers or sex workers’ organizations with regard to their plight. (…)

Many women’s groups even spoke out against the law, proclaiming that the law did not protect women, but rather hurt them by reinforcing patriarchal attitudes towards women and their sexuality, thereby damaging their integrity. Conversely, supporters of the law argued that it was in place to limit men’s access to women’s bodies, although the fact of the matter remains that others are placing restrictions upon another’s own person. The law also fails to recognize the differences between voluntary and non-voluntary prostitution, and that perhaps consenting adults should have the right to freely sell or purchase sex. Simply criminalizing sex work blatantly ignores the more expansive social welfare services needed to combat prostitution, and the deeper circumstances that cause it to occur. (…read more, lawsome.net, thank you Rick S)