Violet Blue July 21, 2010 0 pieces of BRILLIANCE put forth by a DARING and DELIGHTFUL reader 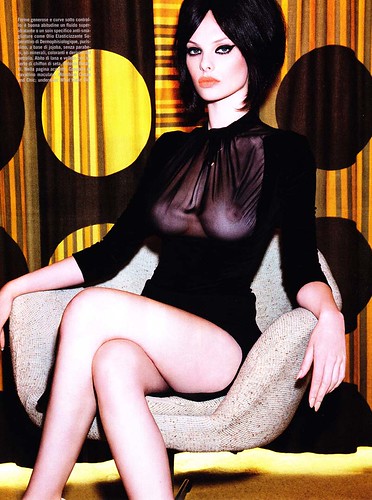 * Environmental disaster got your feeling flaccid? Oil Spill Condoms (so you can “gush for a cause”) donate 20% of proceeds to help clean up the BP disaster. They’re not cheap: “While BP Oil struggles to keep its prophylactic cap on and clean up its mess, Practice Safe Policy (the company behind the Obama, McCain, and Palin condoms during the last presidential election) have a unique solution to the Deepwater Horizon Spill: Oil Spill Condoms. Sales of the condom run $30 for a 10-pack or $5 individually.” Water-based lube only, please. (ehornaday.blogspot.com, via Dr. Petra)

* Ranker has this curious but highly entertaining top ten list of sexual fetishes found at Comic-Con; while it’s close to accuracy, I hope to someday see a list like this from someone who knows fetish (and Cons) a little better. (ranker.com)

* Speaking of Comic Con, don’t even think of going without reading Sex advice from Omega Red: How do I pick up babes at Comic Con? (io9.com)

* Why is dating in San Francisco so difficult? SFist has a few ideas, and comments rage on MissionMission. (sfist.com)

* Blogger Morgan at My Cora Pearl asks and explores a question that needs to be revisited; why are sexual service providers still not regarded as legitimate workers? (mycorapearl.com)

* Gay porn film LA Zombie by Bruce LaBruce has been banned (refused classification) by the Australian Film Board — and the director is delighted. “He called the classification board ‘‘hypocritical’’ for banning his film while ‘‘they pass so many mainstream films that have the most extreme violence, with brutal treatment towards women, and torture and dismemberment, but because they didn’t show a penis, they can be screened with impunity.’’ LaBruce admitted that his film did have explicit scenes of sex and violence, but said the version that was banned from the festival was a ‘‘soft core’’ version, where ‘‘it’s obviously a fake prosthetic. It’s a bizarre-looking thing with a scorpion’s stinger, it’s clearly not a human penis.’’ (smh.com.au)

* Kinky blogger and sex-savvy tweeter on Naked Confusion has had enough of lame tweeting, and offers up a stellar guide for guys on how to successfully tweet-flirt with kinky girls. (nakedconfusion.com, via The Sex Carnival)

* Everyone’s talking about the vaginal gel that cuts HIV transmission in half for women. YAY! (bbc.co.uk)