Violet Blue June 29, 2010 7 pieces of BRILLIANCE put forth by a DARING and DELIGHTFUL reader

I think I’ve known about indie model Ariel Rebel (arielrebelunplugged.com) for a little while, but until she messaged me on Twitter last week I hadn’t taken the time to really check her out. And when I saw how sexy she really is inside and out, I really checked her out. She’s 25 and looks so young I could imagine uptight anti-porners taking a look at her and going all crazy thinking she’s “barely legal” when in fact she just looks like she takes care of herself. I love that Rebel went from camgirl to building her own empire with her model pals and took it upon herself to hire someone to build out her site — one that offers so much daily free content and social media it’s almost hard to see what the “sell” is. I love that! I also love that she’s fairly geeky, natively speaks French, and manages to make softcore *incredibly* dirty. I’ve been lurking around her online presence for a little bit now, and I definitely have a crush.

Disclosure: Rebel asked me for a “link trade” and I’ve stuck with my policy (since 2001!) of no link trades; but I could not resist doing a feature on such an amazing model and thoroughly self-defined woman, and I’ll probably add her to my links page. 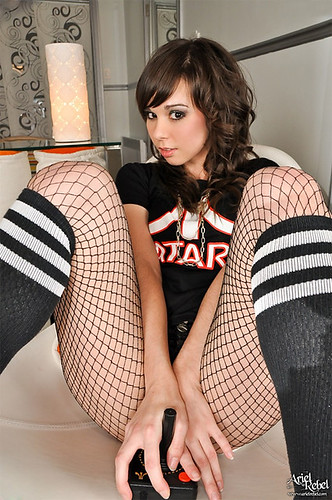