You Are Here: Home → 2009 → November → The industrial sex technician: An interview with David Henry Sterry

The industrial sex technician: An interview with David Henry Sterry

Violet Blue November 7, 2009 0 pieces of BRILLIANCE put forth by a DARING and DELIGHTFUL reader 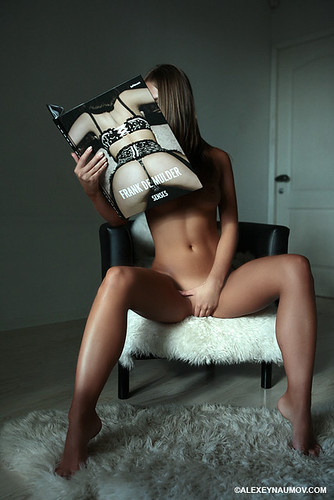 In my recent SF Chronicle column I had the exciting opportunity to interview David Henry Sterry — after being wowed by sharing a stage with him at Supperclub. His answers had me and my editor at the Chron doing a double take; here Sterry confronts sex work from every angle. I’d love to someday see video interviews with many of his subjects, running the gamut. Instead of the usual tropes, we’d see some really interesting stories, I think. Here’s a snip from The Ultimate Dirty Job – Violet Blue: David Henry Sterry’s new book reality checks sex work in America:

The Discovery TV series “Dirty Jobs” with Mike Rowe covers all manner of occupations full of filthy, fascinating hazards. While a stint in a sexier spectrum of employment would hold just as much peril, (and equal fascination), I doubt we’ll ever see Rowe learning to sling a whip for a night at The Gates. Because it’s “a dirty job, but someone’s gotta (and going to) do it” — sex work in all its permutations is a prime subject for hands-on storytelling.

The problem is, it’s only ever told from one side of the coin or the other: rose-colored glasses, or the victim’s tale. Yet since the nonfiction essay collection “Hos, Hookers, Call Girls and Rent Boys” edited by David Henry Sterry hit the bookshelves, the NYT’s rave review list, and landed in my hot little reader’s hands, that’s all changed. Sterry is up for showing every angle of the world’s oldest profession. It’s absolutely riveting — and poised to change the cultural conversation about work for sex in an honest, unflinching cocktail of real-life stories that go down like a mix of sweetened poison and intellectual jet fuel.

After reading with Sterry for Litquake‘s now-infamous Supperclub SF Readings In Bed, I cornered him for the real dirt on “Hos, Hookers, Call Girls and Rent Boys.”

Violet Blue: What drove you to pick the range of sex work covered in “Hos”?
David Henry Sterry: Right now in these great United States, in every major metropolis, there are people at the very bottom of the food chain, who are basically sex slaves, being exploited in the worst ways imaginable by the most vile evil predators. And there are women, men and transsexuals who are over the age of 18, in full command of all their faculties, and are choosing to use their body and their brain to make money in the sex business. And the crazy thing is, these two sides have a hard time acknowledging the truth of the other. So I tried in my own small way, to document all voices.

I had no political axe to grind: if you worked in the sex business, and you had a story to tell, and you had the skill to tell it, you were welcome in our book. As a result, I have writing by 15-year-old girls who were raped, beaten, burned, starved, degraded and exploited by the worst scum of the earth. And I have women who used sex work to pay for their master of fine arts degree at Berkeley. And everything in between: Working class, meat-and-potatoes sex workers; fabulous rent boys; phone-sex operators; former Olympic athletes; undereducated and overeducated.

VB: You are a former sex worker — what kind of work did you do? (…read more, sfgate.com)

Big thanks to Sterry for taking time out to answer my nerrrrrdy questions on an irrational schedule.