Violet Blue November 16, 2009 3 pieces of BRILLIANCE put forth by a DARING and DELIGHTFUL reader 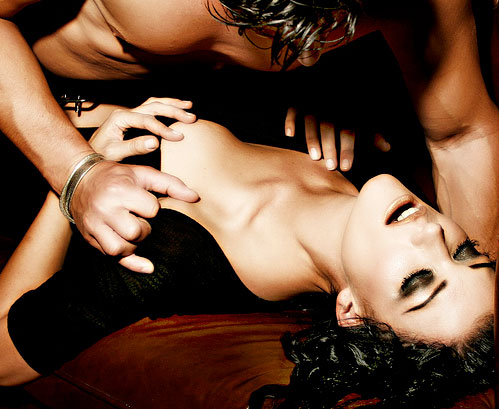 It was a dark (and pathetically lame) day when Pfizer gave up on the “female Viagra” — because according to them, some of us are too complicated to merit continuing research. Even though Viagra itself works on the same erectile tissues that function during arousal in women as in men. Ever taken it? I have. It works. Pfizer just wasn’t looking in the right place for answers — or perhaps they didn’t think it was lucrative enough. Anyway, thank goodness for the Europeans because a German company took up the serious slack and has reached the final stage of trials for what will likely finally be the ‘female Viagra.” From Reuters:

The compound known as flibanserin promoted sexual desire and increased the number of “satisfying sexual events” in women suffering from abnormally low libido, Boehringer said on Monday. The results of four Phase III studies involving more than 2,000 pre-menopausal woman suffering from so-called Hypoactive Sexual Desire Disorder (HSDD) were presented at the congress of the European Society for Sexual Medicine in Lyon, France. Unlike Procter & Gamble’s hormone patch Intrinsa, targeted at woman after the menopause, flibanserin directly manipulates the chain of chemical reactions in the brain believed to trigger sexual desire.

“By modulating the neurotransmitter system, flibanserin may help to restore a balance between inhibitory and excitatory factors leading to a healthy sexual response,” said Elaine Jolly, a Canadian gynecologist and medical researcher who helped oversee the trials. Boehringer Chief Executive Andreas Barner told German magazine WirtschaftsWoche in July that flibanserin could come to market in two to three years. A spokeswomen for Boehringer, Germany’s second-largest drugmaker after Bayer, said the company was preparing regulatory filings in the United States and subsequently for Europe and other markets. (…read more, reuters.com)