You Are Here: Home → 2009 → October → HIV is literally a sex-work coin flip in South Africa

HIV is literally a sex-work coin flip in South Africa

Violet Blue October 11, 2009 2 pieces of BRILLIANCE put forth by a DARING and DELIGHTFUL reader 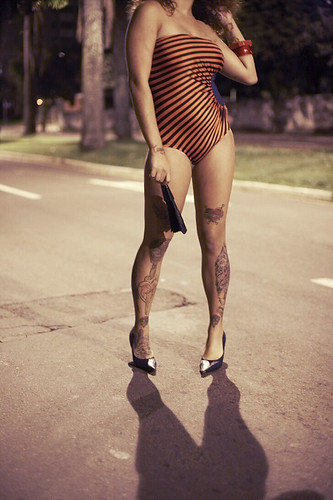 It took me a second while reading this article about potentially legalizing sex work in South Africa prior to next year’s football [soccer] World Cup — to realize that sex there with a pro is now a 50-50 gamble for contracting HIV/AIDS for the average customer. We’re on the edge of something: pandemic — over the falls for sure, but perhaps we may be at a breaking point shift that brings reality into an arena driven to disaster by moral and religious hysteria. Snip:

Calls are growing for South Africa to legalise prostitution ahead of next year’s football World Cup in an effort to limit HIV infection among millions of fans visiting the country for the tournament.

A leading health specialist told the Observer that the World Cup presented a huge risk and said there was an urgent need to start registering prostitutes and screening them for the virus. It is estimated that 50% of the country’s sex workers are infected. (…) Around 3.2 million tickets will be sold for the matches. (…) He called for legal frameworks to regulate the practice of sex workers rather than discriminate against them.

“Interim legalisation of prostitution would be best for the country, rather than leaving it uncontrolled,” he said. “Sex workers need to register with a board that will regulate their practice and give certification to practise, but they have to go through a mandatory HIV testing process first, and only those who test negative will be allowed to practise.”

South Africa is the centre of the global HIV epidemic, with more than five million adults infected. An estimated one in two of working prostitutes is living with the virus and the lack of medication led to a quarter of a million people dying of Aids-related illnesses there last year. The antiretroviral medication that helps prevent HIV developing into full-blown Aids is being taken by fewer than 30% of those infected.

And, today Obama promised to finally end the US military’s harmful ‘don’t ask, don’t tell’ policy on homosexuality. He gave no timetable, which would be very much appreciated by pretty much everyone, even us straight(ish) girls. Hopeful, but waiting…