Violet Blue December 30, 2008 2 pieces of BRILLIANCE put forth by a DARING and DELIGHTFUL reader 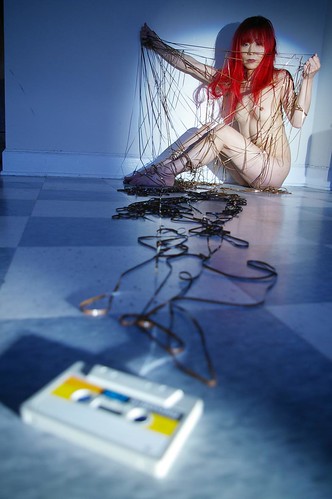 Kevin Martin, the Chair of the Federal Communications Commission, called Ars Technica today to let us know that he has revised his proposal to roll out a free (and smut-free) wireless broadband service. In an effort to corral more votes, Martin has already circulated a new version of the plan, one that removes the controversial smut filtering requirement.

Why the change? “I’m saying if this is a problem for people, let’s take it away,” Martin said. “A lot of public interest advocates have said they would support this, but we’re concerned about the filter. Well, now there’s an item in front of the Commissioners and it no longer has the filter. And I’ve already voted for it without the filter now. So it’s already got one vote.”

“Got anybody else?” I asked him.

“Not yet,” Martin admitted with a chuckle. Then he expressed a bit of impatience with his four colleagues. “This is an item that has been pending at the Commission for several years, that the Commissioners were originally critical of not having moved forward faster,” he said. “Other Commissioners said, ‘We’re overdue; we’ve got to do this.’ But when an actual item is put forth where you have to make a hard decision, they say, ‘Well, I’m not so sure what I want to do anymore’.”

Bring on the free smut!

As we have been reporting for some time, the FCC’s outgoing boss has been championing a proposal to auction off a hefty chunk of the Advanced Wireless Services 3 band (2155-2180MHz) for a free service that (until now) was to come complete with smut filtering. (…read more, arstechnica.com)