You Are Here: Home → 2008 → August → Anatomists, professional and pornographic

Violet Blue August 23, 2008 0 pieces of BRILLIANCE put forth by a DARING and DELIGHTFUL reader 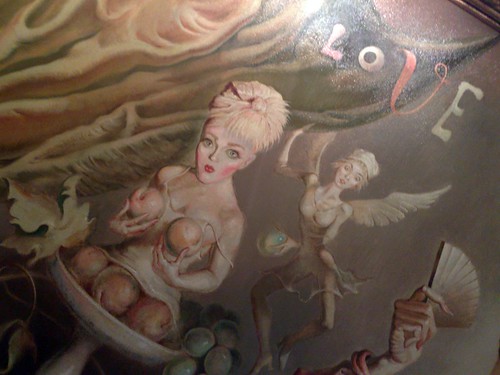 Image from last night at San Francisco’s prized pearl, Teatro ZinZanni, which is fun and hot and sexy and incredible and inspired a lot of joyfully pornographic anatomical profesionalism after Hacker Boy and I got home. Also, the contortionists we saw were — professional and insanely arousing.

Praemedia writes me, “any article with the line “anatomists, professional and pornographic” is a good one. yes, i’m just that easy.” Agreed. Mind Hacks explores the attractions of strip clubs and their significant role in in the history of neuroanatomy. As Paris Hilton would undoubtedly say, “that’s hot.” Snip:

It’s hard to start a paragraph with “I was strolling through London’s red light district the other evening…” without seeming a little dubious, but it’s the truth, so I shall have to begin by sounding suspect.

If your suspicions have already been raised, I doubt that if I say that I became interested in one of London’s biggest strip clubs for its importance in the history of neuroanatomy that I will seem at all convincing. But it was also the case, so I shall I have to also begin by sounding a little implausible.

The photo on the left depicts the neon drenched Windmill Theatre, the first venue in London to have risqué shows displaying the naked bodies of young women to breathless crowds of young men.

In the 1930s the owners realised there was a loophole in the law, and that if the naked girls stood still, they weren’t acting and so weren’t subject to legislation banning nude actors. Decades of titillating ‘living statue’ shows followed, using increasingly inventive ways of presenting the spectacle of the unclothed and unmoving girl. (…read more!)